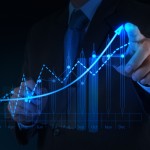 Recruitment consultants reported a slight acceleration in growth of permanent staff placements during January, according to the latest Markit/REC Report on Jobs. The rate of growth was at a faster rate than the survey’s long-run average.

However, agencies’ temporary/contract staff billings rose at the slowest pace in four months.

January data also signalled a further increase in vacancies, with the pace of expansion picking up to a five-month high. The availability of staff for both permanent and temporary/contract roles continued to decline in January, although rates of contraction eased to the slowest for 12 and three months respectively.

Starting salaries for successful permanent candidates rose further in January, but the rate of growth eased to a 27-month low. Temporary/contract staff pay rose at the slowest pace since October 2013.

The Midlands posted the fastest rise in placements during January, closely followed by the North. London saw the slowest growth. All four monitored English regions saw higher short-term staff billings in the latest survey period, with the Midlands posting the strongest rate of expansion.

Nursing/medical/care was the most in-demand category for permanent staff during January, while the second-fastest increase was signalled for executive/professional workers. Hotel & catering posted the slowest growth.

Demand rose for seven of the nine monitored types of temporary/contract staff during January. The fastest growth was signalled for blue collar workers. Construction and hotel & catering saw marginal declines in the latest month.

REC chief executive Kevin Green said: “The jobs market has started 2016 with a bang – our latest data shows strong growth in demand for staff and in permanent placements. Professional service jobs are among those leading the way, with marketing and commercial roles especially in demand as businesses seek to make the most of the good economic climate.

“It’s not all good news. Organisations in sectors such as construction and manufacturing are finding it increasingly difficult to recruit due to entrenched skill shortages. The healthcare sector is also a source of concern. A severe shortage of nurses is being exacerbated by the Government cutting pay for temporary doctors and nurses. We believe that patient safety may be compromised as some NHS trusts struggle to staff wards.

“The other factor which may create uncertainty in the jobs market is the EU referendum, which now looks likely to happen in June.”