Letting blockchain do the dirty work 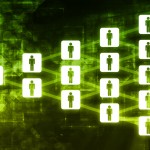 For all the talk of machines and robots taking over jobs traditionally done by humans, it could well be that another technology has the greatest impact on recruiters.

The use of blockchain – effectively a real-time database that uses distributed ledger technology to record, share and verify information – has significant implications for recruiters and candidates, while also opening the door to greater use of cryptocurrencies, which operate using blockchain.

For recruiters, it is the ability to instantly verify candidate data and remove the need for recruiters to manually conduct background checks that is potentially the most exciting. “Such a blockchain-based record can include a vast amount of information about a candidate’s education, training and even current workplace performance,” says Nick Parham, technical consultant at NashTech. “With greater accuracy around candidate data, recruiters will be able to align candidates more efficiently to job roles.”

Being able to rely on information stored in a blockchain environment would have significant benefits, says Ann Swain, chief executive of APSCo. “The fact that information is stored over a network means that everyone with access shares the same documentation instead of having individual copies,” she says. “Amid today’s growing culture of transparency, the benefits of having access to timestamped candidate data – which cannot be deleted – are clear. Recruiters can, in theory, now access a ledger of a jobseeker’s education and employment history to verify qualifications and credentials.”

In turn, this should help improve efficiency and could even see the verification element removed from recruiters’ responsibilities altogether, believes Dima Okhrimchuk, CEO of Platio. “Job search and candidate screening will be more automated as AI can use the data to screen on qualifications, for example, and all parties will trust the data being used,” he says. “In today’s marketplace, every step is slower. For example, you can wait weeks for a university to confirm a degree. With blockchain, that confirmation is permanently written into your profile from the moment you were awarded the degree.”

For recruiters, this could free up time for the more consultative elements of the hiring process. “By vetting candidates swiftly, it allows recruitment agencies like ours more time to focus on engaging with individuals throughout the process and supporting our candidates and clients,” says Dale Williams, CEO of Yolk Recruitment. “It could also potentially reduce staff turnover by ensuring companies are employing the right people in the first place.”

There are already cases of blockchain being applied in a recruitment context, even though it’s still at an early stage. Okhrimchuk gives the example of SpringRole in India, which is designing a blockchain platform to verify professional profiles, while Job.com has announced it will launch a blockchain platform later this year. Social careers network Recruitd is also integrating blockchain into its peer-to-peer review platform, adds Parham.

Hiring platform Zinc is using blockchain to develop an automated referencing, feedback and assessment tool, which it believes could help restore trust to the industry. “Eight years ago, 75% of employers referenced workers, compared to just 25% today,” says Luke Shipley, CEO. “This allows recruiters to collect screening information with a single click. Recruiters have access to this information on day one of the hiring journey, before interviewing begins, saving both time and money and providing recruiters with completely verified information, based on blockchain technology.”

It will take time, though, before recruiters fully embrace blockchain, believes Francis Gregory, founder and COO of BHIRED, a blockchain-based recruitment platform. “At this point, we are unaware of any recruiters who have implemented a blockchain strategy into their practice,” he says. “This is not surprising as blockchain has the potential to fundamentally alter how recruiting is performed. But the immutable nature of the blockchain ledger will restore trust, transparency and accountability into the process, and allow recruiters to know that the data on a candidate they’ve discovered through a search is accurate. At the same time, it will allow candidates to know that recruiters are only representing legitimate opportunities.”

There are also issues that need to be overcome before blockchain becomes more widespread, believes Parham. “First, the blockchain network is only aware of what is inside the network itself, so any outside information is not considered and would need to be manually integrated,” he says. “This leads to the issue of where responsibility lies for general maintenance of the network.” Implementing blockchain would also require fundamental business processes to change, he adds, which could require extensive resources and expertise.

Alongside the use of blockchain, cryptocurrencies also have the potential to impact recruitment. Platio, for instance, has a globally distributed team, and offers to pay its contractors in Bitcoin. “For many of our experts, it is already the simplest, fastest, international means of payment,” says Okhrimchuk. “Payment is instantaneous, wherever they are in the world. Often, fees are lower than with traditional means of money transfer. As workforces become even more globally distributed, crypto payments will be essential.”

Shipley, meanwhile, points to the app Ethlance.com, which only accepts Ether as payment for freelance work. “Cryptocurrencies are just another way to remunerate and reward workers and many of those working in the space are comfortable being paid this way today,” he says. “It is currently complicated to purchase and hold crypto assets so there is still a long way to go before we see mass adoption but we will see more people paid in this way over the coming years.”

Blockchain business Etch also pays its staff in cryptocurrency, says Parham. “It plans to remove the administrative burden of payroll for employers by converting traditional employment contracts into smart contracts, meaning that as employees spend time working, their wages flow automatically into their accounts,” he says, adding that the business is also developing a payroll card which will launch in the US and Singapore later this year.

Interest is cryptocurrencies is certainly likely to increase as the next generation of employees enters the workforce. A recent survey by Discount Displays found that quarter of the UK’s top 50 universities had a blockchain club, suggesting it is starting to attract a following among the next generation of workers. “For students who are about to graduate into a world where they are, by all accounts, likely to be worse off than their parents on every level, crypto represents hope,” says Maya Middlemiss, managing director of BlockSparks. “Their financial security is never going to come from traditional career paths or owning property, and they have less trust in banks and institutions than their parents did.”

It is possible, too, that tokens will be used to incentivise employee or candidate behaviour, says Gregory, whose own site offers the BHIRED BHD Token. “This will be integral to transacting on blockchain recruiting platforms and for incentivising positive behaviours from all parties,” he says.

Williams, though, is unconvinced that recruiters will jumping on the cryptocurrency bandwagon any time soon. “Bitcoin salaries are typically paid according to the digital currency’s value at the agreed date and time,” he points out. “Therefore, the value of the currency can fluctuate, causing individuals to take a gamble with bitcoin over traditional wages. Although the prospect of significantly increasing your salary may be tempting for some workers, I think the risk will be too much to accept the new form of currency.”

Blockchain, though, is a different matter. “As a data-heavy industry, the recruitment sector could see some of the biggest changes from blockchain technology,” he says. “The use of the technology, particularly blockchain verified CVs, could vastly improve both clients’ and candidates’ experience. Businesses that understand and are ready to embrace these new technologies will benefit the most.”

NEXT ARTICLE →
Private sector IR35: What now for recruitment?