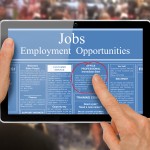 There are now a record 31.4 million people in work – up 521,000 compared with this time last year – as well as a record 776,000 job vacancies, according to the latest Office for National Statistics (ONS) Labour Market Statistics.

The employment rate (the proportion of people aged from 16 to 64 who were in work) was 74.1%, the highest since comparable records began in 1971. Meanwhile, there were 1.69 million unemployed people (those not in work but seeking and available to work), 60,000 fewer than for July to September 2015 and 172,000 fewer than for a year earlier. The unemployment rate was the lowest in a decade, at 5.1%, and the proportion of young people who had left full time education and were unemployed fell to 5.6% – the lowest on record.

Average weekly earnings for employees in Great Britain increased by 1.9% including bonuses and by 2.0% excluding bonuses compared with a year earlier.

Commenting on the latest ONS figures, Neil Carberry, CBI director for employment and skills, said: “While it’s encouraging that employment continues to rise strongly, lacklustre pay growth underlines the need for a pickup in productivity before wages can rise faster.

“Propelling innovation by broadening access to existing research and development (R&D) incentives and not adding to the cumulative burden on businesses, from recent government policies, will help firms to create more jobs and boost productivity.”

IPSE, the Association of Independent Professionals and the Self Employed, welcomed the record levels in the number of self-employed. Commenting on the figures, IPSE economist Lorence Nye said: “(The) figures show yet another record high in the number of people who choose to work for themselves. The self-employed are driving a structural evolution in the UK labour market, providing our economy with flexibility and an essential competitive edge.

“This significant increase comes just days after the release of the Independent Review of Self Employment, which identified some of the biggest benefits and challenges facing this key sector of the UK economy.

“With so many people making the decision to be their own boss, it’s now important for the Government to move ahead with implementing the Review’s recommendations. The upcoming Budget represents a great opportunity to announce maternity and adoption pay for the self-employed on the same level as employees. Working for yourself is a positive choice, with our research showing the vast majority (86%) are very satisfied with the way they work. It’s vital the Government supports this growing part of our economy as they are here to stay.”

NEXT ARTICLE →
Commission should be included in holiday pay, tribunal confirms