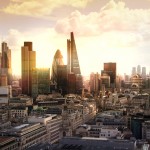 A major increase in the number of workers entitled to the London Living Wage was recently agreed by the City of London Corporation.

The governing body for the Square Mile will also encourage other firms to follow suit by promoting the Living Wage to City businesses through a new campaign, which it will launch in November.

The City Corporation’s Policy and Resources Committee decided to strengthen its own Living Wage policy by paying its own staff and its suppliers’ staff the new rate, with immediate effect, when the updated London Living Wage is announced in November each year. This is opposed to paying staff the new rate from April the following year, which is the most common approach taken by employers.

The organisation already ensures its own staff, apprentices and suppliers’ staff are paid in line with the Living Wage Foundation’s (LWF) accreditation terms and conditions.

The City Corporation has also now agreed that all contract workers delivering two or more hours’ work for the organisation will be paid at least the Living Wage, which in London is currently £10.20 per hour.

The move comes after the City Corporation found that staff contracted by suppliers could legally be hired for below London Living Wage levels under guidance from the LWF. LWF guidance says that the London Living Wage should only be paid where suppliers employ contracted staff who work two or more hours in any given day in the week for eight or more consecutive weeks in a year.

The governing body will also look into sponsoring the LWF to help promote the Living Wage across the Square Mile and wider UK, encouraging more firms to adopt the Living Wage policy.

“We are proud to be a London Living Wage employer. It has meant significant increases in wages for some of our lowest-paid staff. We have already taken steps to ensure that all of our regular suppliers, who are covered by the Living Wage Foundation’s guidance, are paying the Living Wage – and today’s announcement takes this one step further.

“We want to encourage all City firms to pay the Living Wage through leading by example, with our own responsible business practices, and by championing fair pay. The City of London Corporation is committed to making the Square Mile a fairer place to work and live.”

NEXT ARTICLE →
1.8m surge in applications for first half of September