1.8m surge in applications for first half of September 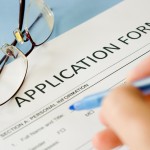 September has once again proven to be a popular time for job vacancies and applications, according to new data from totaljobs.

IT and consultancy roles have seen the greatest surge in job applications compared to September 2017, at 125% and 197%, respectively. Meanwhile, traditional industries continued to prove popular, with applications up 35% year-on-year (YoY) increase in manufacturing roles and 18% YoY in the construction industry. The other industries in the top five for applications growth were Design (87%), Science (70%) and Banking (41%)

“With the warmest summer on record since 1976 behind us, our social calendars slowing down and a new school term beginning, September marks the start of more than just a new season. Many employees who were busy enjoying the summer months have now turned their attention back to work and deciding it might be time for a change.

“This is the first year that we’ve really seen the effect of near full employment visible in the application numbers. With more job opportunities, candidates can be more confident, allowing them to be picky when searching for their ideal job.”

NEXT ARTICLE →
Contractor wins pay out after victory over HMRC