Focus on what’s important in the recruitment process 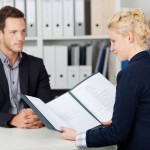 In what’s supposedly a candidate’s market, it’s perhaps surprising to hear that candidates spend around £146 going to a job interview, according to new research from totaljobs.

Jobseekers are spending cash on new outfits, transport and haircuts in a bid to stand out, yet once at the interview find they are underprepared. More than a third don’t research their industry and 60% don’t update their CVs – both of which cost nothing but could hugely increase their chances.

Although body language and first impressions are important, most hiring managers will set more stall in how much knowledge a candidate has about the prospective role and whether they’d be able to do it than whether they’re wearing a new suit.

Some expenses, such as travel, are of course unavoidable. But candidates should be focusing the rest of their career investment on skilling themselves up, perhaps improving their interview style, rather than seeking superficial support from what they’re wearing.

And it seems jobseekers aren’t just being fleeced on preparing for interviews, either. Another piece of research out this week found that a growing number of graduates had been targeted by job scams, with 46.7% of those who fell victim suffering financial loss. Some parted with as much as £2,600.

Almost a fifth felt they could have more advice from universities on staying safe online, or help to spot job scams before they were taken in. The same applies for preparing for the recruitment process. Sadly the reduction in government support (and funding) for career advice in schools and higher education doesn’t always make this possible, and advice can be inconsistent.

Campaigns like totaljobs’ #millionpoundjamie, where they’ll support jobseeker Jamie Mudle to get noticed by potential employers, shine a light on the areas candidates should focus on. Getting to know what successful candidates do differently makes the recruitment process much smoother for everyone, and hopefully cheaper for those hard-up jobseekers too.

NEXT ARTICLE →
The gig economy is gearing up: so let’s protect workers

← PREVIOUS ARTICLE
The self-employment story behind the statistics