Diversity starts with an inclusive culture, not a bunch of initiatives 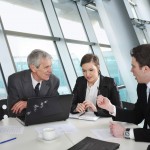 Discrimination in the recruitment process continues to be a major barrier to diversity and inclusion, according to the latest report from the CIPD, Attitudes to employability and talent.

The most worrying revelation, however, is that much of this discrimination happens unconsciously; for example, neglecting to target working parents or those with disabilities, despite them scoring high in terms of the attributes required for a role.

The truth is, as diversity consultant Kate Headley points out, some of our views are so embedded as to be second nature – which makes bridging that gap even more difficult, as it’s hard to identify and pinpoint exactly where hiring managers and agencies are going wrong. Many simply recruit in their own image – believing their own attributes (whether that’s gender, class, education or whether they’re a parent or not) to represent a ‘norm’ towards which everyone else must conform.

However, surveys continue to show that the greater the diversity in teams, the better they perform. A research project by the Center for Talent Innovation in New York found that companies with ‘inherent’ diversity (such as gender or race) were 45% more likely to have expanded their market share in the past year, and 70% more likely to have captured a new market. There was an 80% improvement in business performance among those with high diversity levels.

Headley adds that there is one issue that needs to be addressed, however, and this is the negative experiences some organizations have had in trying to improve diversity and inclusion – which in many cases seems to have led them back to square one and their old, non-inclusive hiring ways. This sounds like initiative-fatigue – simply declaring a company is going to be diverse and launching a few projects to improve gender or race balance won’t solve the problem if the culture is not ready.

Unless the cultural piece is addressed, unconscious bias will continue to be a problem. From the very top, employers need to be open and inclusive – looking at the skills and behaviours that are right for the role, rather than any preconceptions getting in the way.

NEXT ARTICLE →
The self-employment story behind the statistics