Back to school: time to channel that New Year feeling? 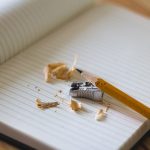 The sun is still shining, lots of us are booking next year’s holiday to get over the fact that this year’s is over… and for many, thoughts turn to reinvigorating their career.

It’s that classic ‘starting the new school year’ feeling – if we’re not out buying new stationery like we’re revising for our GCSEs, we’re probably wondering whether we could get a new job.

A report from CV-Library captures this sentiment – September 2015 saw a 13.2% increase in candidates registering their CVs, and job applications rose by 7.5%. It’s likely this will happen again this year, the job site says, as those post-summer blues take hold again. Some 57% of respondents to its survey said they are likely to consider a new job as the summer comes to an end.

Like the ‘real’ New Year, it’s a natural time to consider career options. Spending lots of time day-dreaming on a sun lounger can make many people realise they’re not getting enough from their current employer – whether that’s in material terms, or in where their career might be headed. Or they might decide they want to find somewhere where they can work in a different way, not tied down by a culture of presenteeism, where there’s the option to work flexibly as long as targets are hit. There might even be a light bulb moment where they decide to retrain and do something completely different.

That said, as CV-Library points out, this ‘new term’ mentality has as much to do with having difficulty re-adjusting to a routine that doesn’t involve sticking on a bikini and swimming up to the pool bar, or even dealing with a spike in workload after pesky colleagues decided to go on their own late summer getaway. Giving employees time to get back into the swing of things – for example, lowering expectations while they deal with a backlog of email, or having a reassuring catch-up meeting, can help ease this transition.

On the flipside, the ‘new term’ can bring with it a new wave of enthusiasm; perhaps even innovative ideas that can help things run better. Capture this, and hopefully your best talent won’t be among the 57% thinking of moving elsewhere this Autumn.

← PREVIOUS ARTICLE
The gig economy is gearing up: so let’s protect workers