Commission should be included in holiday pay, tribunal confirms 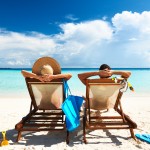 Thousands of workers will now be able to claim holiday pay previously denied them thanks to a ruling by the Employment Appeal Tribunal (EAT) this week.

The tribunal has ruled that results-based commission payments should be included in the calculation of holiday pay, along with basic pay. The decision follows the 2014 case of Lock v British Gas, in which the Court of Justice of the European Union ruled that workers must receive their normal remuneration during annual leave because the purpose of holiday pay is to ensure that they are paid during periods of holiday in a manner which is consistent with the way they are paid during periods of work.

The commission received by Mr Lock, which was based on the number and type of contracts he persuaded customers to enter into, was directly linked to his work and so formed a part of his normal remuneration.

The case was referred back to the Leicester Employment Tribunal, which confirmed that domestic law should be interpreted in a way which conformed to the European decision, while making it clear that it only applied to the minimum four weeks’ leave provided for under European law, not the additional 1.6 weeks’ leave provided for domestically by the Working Time Regulations. The employer appealed to the EAT, but the EAT has now dismissed the appeal.

Commenting on the decision Andrew Willis, head of litigation at employment law and HR specialist Croner, said: “This outcome is consistent with the decision of the Employment Appeal Tribunal in the Fulton case.

“These results really highlight the fact that domestic case law is fast moving towards the position adopted by recent European rulings, which is that payments for any tasks intrinsically linked to the performance of the worker’s contractual duties should be factored into the calculation of holiday pay.”