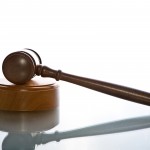 Currently only basic pay is used to calculate holiday pay, but the tribunal’s decision in Bear Scotland v Fulton and two other conjoined cases means workers who receive additional payments such as overtime and commission could claim for extra holiday pay.

The tribunal also ruled that employees can, for a limited period, make backdated claims for holiday pay – leading to warnings that businesses and jobs could be at risk as a result.

However, the EAT has granted permission to appeal its rulings, so a final decision could be some time off.

John Cridland, director-general of the CBI, said the cases created major uncertainty for businesses and impacted on investment and resourcing decisions.

“This is a real blow to UK businesses now facing the prospect of punitive costs potentially running into billions of pounds – and not all will survive, which could mean significant job losses,” he said.

“This judgment must be challenged. We need the UK Government to step up its defence of the current UK law, and use its powers to limit any retrospective liability that firms may face.”

Following the ruling, Business Secretary Vince Cable announced the setting up of a taskforce to assess its possible impact.

Claire-Jane Nicol, partner at law firm Bond Dickinson said employers will need to review the basis on which they calculate holiday pay to include elements that have previously been disregarded – including allowances and shift premiums, in addition to overtime.

“The cost implications for those with large workforces and who regularly depend on overtime are significant,” she said. “Businesses that are traditionally busy at Christmas time and who depend on overtime need to review their practices now.

“Some employers are saying that the impact on the wage bill could put their businesses at risk; others are looking now at how they can cut costs or change working practices to meet the additional liability.”

Sybille Steiner, employment partner at law firm Thomas Eggar, said: “Recent European case-law decisions on holiday pay had cast doubt on whether employers are correctly paying their staff for holidays. At present, many UK employers pay just basic pay to employees on holiday. Questions have been raised as to whether UK legislation can be properly interpreted to give effect to the European position.

“The EAT decided that workers are entitled to be paid a sum of money to reflect normal non-guaranteed overtime as part of their annual leave payments and that travel time payments, which exceed expenses incurred and so amount to additional taxable remuneration, should also be reflected when calculating holiday pay. This applies to the basic four-week leave granted under the Working Time Directive.

“The EAT has granted permission to appeal all of the points decided and it can be expected that the decision will be appealed. However, it is likely to take some time before the Court of Appeal will decide and in the meantime, due to the costs involved, employers may now look to reduce the availability of overtime where possible.”