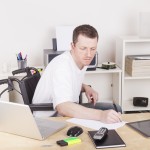 Analysis of more than 40,000 businesses has found that a third of work was given away for free in 2015.

A survey conducted to mark last week’s ‘Work Your Proper Hours Day’, by accounting software company FreeAgent, found that UK freelancers and microbusinesses only get paid for 69% of the work they should be paid for.

As the UK is home to 5.2 million micro-firms and 1.88 million freelancers, this means thousands of pounds in revenue may have been missed last year.

The company found that, of the 10 million hours recorded and tracked by FreeAgent’s customers during 2015, 80% were classed as billable, but around 31% of this time was not actually billed.

Union the TUC estimates that if all the unpaid overtime worked by the average employee were put together at the start of the year, it would be until mid-February before they started to be paid. This was marked this year by Work Your Proper Hours Day on 26 February.

Ed Molyneux, CEO and co-founder of FreeAgent, said: “For many UK freelancers and micro-business owners, the typical nine-to-five just doesn’t exist. They often work irregular and long hours, which they may not always get paid for, and on top of this they also have the added pressure of staying on top of their business finances and tax obligations.

“One positive development is that technology has really helped to take the strain off freelancers and micro-business owners when it comes to staying on top of their admin, managing their financial accounts and tracking their time. But it’s still surprising to see how much of their hard work is effectively being done for free.

“Many business owners invest some of their own personal time into the projects they work on, which they don’t bill their clients for. But we believe there are also many who don’t feel comfortable charging clients for important admin such as meetings and research, which they actually should be including in their bills. By doing so, they may not be working as profitably – or as efficiently -as they could be.”