71% of businesses ‘don’t believe full employment will be achieved’ 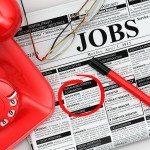 Seventy-one per cent of British businesses do not believe David Cameron’s target of full employment will be achieved in the next five years, according to new research by totaljobs.

The data also reveals that 43% of jobseekers say they have been more selective about the roles they have taken over the last three years. As a result, almost a quarter (23%) of businesses have experienced restricted growth due to a shrinking talent pool and 55% say they currently have a skills shortage in their business.

The research, which surveyed 100 UK businesses and over 4,000 jobseekers, found that nearly half (49%) of British businesses anticipate recruitment will be difficult over the next couple of years, with the average number of candidates interviewed per role currently six.

But despite employers finding it harder to find new talent, 65% of jobseekers think it has been more difficult to get a job compared to the last time they were looking for a new role.

With the national unemployment rate at 5.1%, its lowest level since May 2008, the recruitment industry is seeing a shift in candidate supply and demand with the significant majority (68%) of employers saying it is now more candidate-led than in the last five years.

A large business operating in the retail sector, which took part in the research, said it believed that “as the economy continues to get stronger, finding talent becomes a bit more difficult”. This is a view shared by over a third (31%) of the businesses surveyed who say they believe that the time it takes to fill roles will increase in the next five years.

John Salt, group sales director, totaljobs, said: “The research reinforces the argument that the UK economy will struggle to maintain long-term sustainable growth if the mismatch between the supply of jobs and existing jobseeker talent pool is not addressed. In an increasingly candidate-led market, there are a number of ways businesses can ensure that they are recruiting and employing the right talent.

“It’s never been more important to ensure that businesses retain a clear focus on employer brand positioning across multiple channels to attract the right talent. This should then be complemented by initiatives that speak directly to candidates as individuals, headlining what appeals to them most. This can include company culture, not just skills and experience, the type of working environment and a business’s approach to work-life balance.”

The Office for Budget Responsibility predicts that 60,000 people will lose their jobs as a result of the changes to the national living wage. However, encouragingly for jobseekers, 95% of businesses say the new national living wage won’t discourage them from hiring and 77% of employers regularly train people into roles demonstrating that employers are already adapting to a tougher recruitment outlook.

NEXT ARTICLE →
Permanent placements rise at faster rate in January