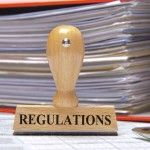 The Government should increase the minimum salary threshold for non-EU workers applying to move to the UK via the Tier 2 visa route, the Migration Advisory Committee (MAC) has recommended in a new report.

The committee has also recommended introducing an Immigration Skills Charge for employers and tightening the Intra-Company Transfer route to “prioritise highly specialist staff”.

The MAC proposes raising the overall minimum salary threshold from the current £20,800 to £30,000 in order to restrict volumes of Tier 2 migrants (those who have been offered a skilled job in the UK and are from outside the European Economic Area [EEA] and Switzerland). It says this level of pay is a better representation of the higher qualifications now required to be eligible for this route. A lower threshold of £23,000, should be offered to graduates, the committee also recommends.

The MAC says its analysis shows Tier 2 migrants are generally paid more than their UK counterparts, and therefore migrants in this route bring scarce, valuable skills to the UK. However, the analysis found that within some occupations – primarily in the public sector – migrants are often paid significantly less than similar UK workers, sometimes due to financial pressures.

Meanwhile, the MAC is suggesting an upfront charge of £1,000 per year for each Tier 2 migrant employed by companies in the UK. It says this Immigration Skills Charge (ISC) would incentivise employers to reduce their reliance on migrant workers and encourage them to invest in training UK employees.

Professor Sir David Metcalf, chair of the MAC, said: “Skilled migrant workers make important contributions to boosting productivity and public finances, but this should be balanced against their potential impact on the welfare of existing UK residents. Raising the cost of employing skilled migrants via higher pay thresholds, and the introduction of an Immigration Skills Charge, should lead to a greater investment in UK employees and reduce the use of migrant labour.”

Commenting on the MAC recommendations, the CBI’s director for employment and skills, Neil Carberry, said: “The MAC rightly recognises that in a global economy, skilled migrants are important to addressing UK skills shortages and to attracting investment. At the same time, it’s critical to invest in our own skills system and to manage the impact of migration on public services.

“However the MAC’s recommendations to increase migration visa costs and salary requirements could hold back firms’ ability to grow and create jobs, particularly for exporting, medium-sized businesses. They would increase the cost of hiring skilled workers at a time when businesses are already having to manage government policies like the apprenticeship levy.”

The Recruitment and Employment Confederation (REC), also has concerns about the impact of the recommendations on the UK’s skills shortage.

“The suggested raise in the minimum salary threshold to £30,000 will only exacerbate the skills shortage crisis,” said REC director of policy, Tom Hadley. “By limiting access to workers at a time of record employment in the UK, the Government would make it more difficult for businesses to grow and keep ahead of foreign competitors, and our hospitals and schools would come under more pressure to maintain staffing levels. The MAC has admitted in their report that the professions most likely to be affected are nurses and school teachers.

“The MAC is suggesting that raising the cost of recruiting a Tier 2 migrant will reduce demand for candidates. We completely disagree with this. A huge range of industries have conducted research into the lack of available candidates with the necessary skillset and there is absolute consensus that the UK is suffering skills shortages in a vast range of sectors. The demand for candidates from outside the EEA will only increase over the coming years.”