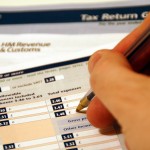 The CBI, CIPD, REC and FCSA are warning businesses about potential increases in wage costs caused by the removal of Travel & Subsistence tax relief for contractors and freelancers. The four professional bodies are also appealing for firms to take part in a survey to help them gather evidence on the overall impact the changes will have on UK plc.

From April, the majority of freelance workers will no longer be able to claim tax relief on their travel and subsistence expenses; an estimated 750,000 workers will be affected and will see their income decrease by at least £3,500 per annum as a result.

Announcing its decision in December, the Government stated that where a business needs to recruit workers based some distance away, the hiring business should pay a sufficient wage to attract these workers without any additional tax subsidy being necessary. The CBI, CIPD, REC and FCSA expect that the pressure on businesses to meet the cost will be huge and the CBI is ‘particularly concerned about the increasing cumulative burden of recent measures on business, including the impact of restricting T&S relief’.

The four organisations say that with the T&S legislation in place there will be fewer workers willing to travel to assignments which will, in turn, create a skills shortage. This, they say, will lead to higher assignment rates to attract the appropriate workers to fulfil the temporary need of a project, and contractors and freelancers will be forced to increase their rates to take the travel and subsistence costs into account.

Julia Kermode, CEO of the Freelancer & Contractor Services Association (FCSA) said: “We implore companies to tell us what the knock-on effect of the removal of T&S relief will mean for them – they don’t seem to realise that they will bear the additional costs and they will not have the skills they need at their disposal. This survey will give us the evidence we need so that we can present a case to Government before the February 3rd deadline (for its consultation on spelling out just what the impact will be as we believe it has been significantly underestimated.”

Recent statistics published by the ONS revealed that UK productivity in 2014 was 20 percentage points below average compared to other major G7 economies. Kermode added: “The UK’s continued shortfall in productivity levels will be of major concern to UK employers and its workforce and the impact of removing Travel & Subsistence tax relief will exacerbate the situation. It seems that the Government is simply paying lip service when it claims to value the freelance workforce, otherwise it would not be going ahead with this legislation that will penalise this group of workers and the companies who benefit from their niche skills. There is no joined-up thinking in the Government’s approach and the UK economy will suffer.”

The survey can be found here. The closing date is Friday, January 29.