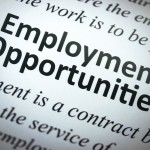 London is lagging behind the Midlands and North West in generating new jobs, according to new figures from specialist recruiter, Robert Walters.

Compared to the third quarter of 2013, job totals across London rose by 4% over the past year, considerably less than the 13% rise recorded in the Midlands. Within the same period, businesses in the North West drove a 5% increase in vacancies.

The numbers are drawn from the company’s UK Jobs Index tracker, which also shows which professions are most in demand.

Industries where growth in job vacancies was examined include:

Andrew Broster, director of Robert Walters Midlands said: “Attention has centred on London as the driving force behind the economic recovery. Yet while job levels continue to expand in the capital, a greater, unseen narrative has been unfolding in the regions.

“The intensity of job vacancy growth in the Midlands in particular reflects high levels of confidence in the value of moving to or establishing business operations in this region. Given the strength of the local talent base and high quality transport links, we expect to see this trend continue in 2015.

“In light of renewed forecasts of further economic growth, we expect businesses to come under pressure to raise salaries if they are to compete for talented professionals.

“However, with many individuals prepared to widen their job search to other parts of the country or even internationally, our advice to employers is to respond in kind, tapping into new and existing networks to locate and hire candidates from further afield.”

NEXT ARTICLE →
Holiday pay calculations should include overtime, tribunal rules