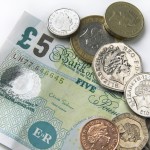 The increase is set to improve the take home pay of 35,000 low-paid workers across the country who are employed by more than 1,000 Living Wage accredited organisations. The rate is 21% higher than the national minimum wage of £6.50 per hour, which came into effect last month.

The announcement coincides with research released by KPMG, which found that 5.28 million UK workers are being paid less than the Living Wage, with a large number of employees working in the retail, catering and care sectors earning around minimum wage pay levels.

Rhys Moore, director of the Living Wage Foundation, which offers accreditation and support to employers that pay the Living Wage, said: “As the recovery continues it’s vital that the proceeds of growth are properly shared.

“It’s not enough to simply hope for the best. It will take concerted action by employers, government and civil society to raise the wages of the five million workers who earn less than the Living Wage.

“Low pay costs the taxpayer money – firms that pay the minimum wage are seeing their workers’ pay topped up through the benefits system. So it’s right that we recognise and celebrate those employers who are voluntarily signing up to the higher Living Wage, and saving the taxpayer money in the process.

“The Living Wage is an independent calculation that reflects the real cost of living, rewarding a hard day’s work with a fair day’s pay.”

The Living Wage is calculated by the Centre for Research in Social Policy at Loughborough University, while in the capital the rate is set by the Greater London Authority.

Mayor of London, Boris Johnson this week announced that the London Living Wage will go up by 4% from £8.80 per hour to £9.15.

He also revealed that the number of firms in the capital who are accredited as London Living Wage employers has doubled in the last 12 months, with more than 400 companies now signed up, including major brands such as ITV, Nationwide and Google, as well as many smaller businesses.

Research published by academics at Queen Mary University on the costs and benefits of paying the London Living Wage found that more than half the number of people earning the Living Wage who were interviewed for a study felt more positive about their workplace after it was introduced. A similar proportion felt more loyal towards their employer.

The research also estimated that moving London’s low paid workers onto the Living Wage would save the Treasury £823 million a year in increased taxes and reduced benefit payments.