Getting rid of interviews won’t eradicate nepotism at work 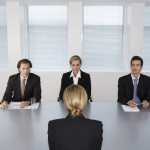 Just take a look at any political party and you’ll see evidence that nepotism is alive and well, despite efforts to eradicate it.

Family members, favours called in, work experience with a well-placed uncle – all help the young and ambitious to climb the greasy pole.

A CV-Library poll reveals that almost two-thirds of UK workers have themselves faced an experience of nepotism, seeing underqualified candidates being hired for jobs. Could employers be missing out on key talent because they’re using connections or sycophancy to choose who they hire rather than an unbiased appraisal of how someone fits the role.

It doesn’t just affect recruitment, either – many workers complained of certain colleagues getting away with things other employees would be disciplined for.

There’s no denying that gut feel plays an important role in who we recruit, or even who we enjoy working with, but it can’t dominate the decision making process. The same goes with employer cultures that tend to recruit in their own image, pulling in family and friends because they’ve been vouched for, rather than doing the proper due diligence.

But banning job interviews – suggested by 43% of employees as a good solution – is not the answer. In India, more and more employers favour assessment tests over interviews, with the logic that they are more effective at revealing a candidate’s qualifications.

Surely both interviews and tests form part of the hiring manager’s decision-making arsenal? The assessment shows what they’re capable of, and offers an objective view of their qualifications, while the interview shows how they think on their feet.

And getting rid of interviews could not eradicate nepotism altogether, if the reason the candidate is on the shortlist is because of who, rather than what, they know. A better solution here would be one being taken up by an increasing number of companies – to use ‘blind’ CVs or application forms.

That way your family name, age or even university will have no bearing on whether you’re considered for a role, hopefully leading to a more diverse selection pool and ensuring that talented individuals who don’t have those all important connections don’t fall through the cracks.

NEXT ARTICLE →
Sending emails from the sack? Time to take time off from tech

← PREVIOUS ARTICLE
Should the apprenticeship levy apply to temps as well?