Sending emails from the sack? Time to take time off from tech 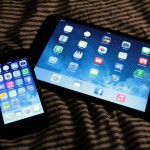 Back in that prehistoric time known as the 20th century, the people in favour of the influence of technology on industrialisation made bold predictions that we’d be able to work three-day weeks and have bundles more leisure time because machines would help us do everything quicker.

Yet here we are, in 2016, with almost a fifth of workers checking their email when they wake up in the morning and some 47% running through their messages while they commute. What happened to all that extra leisure time? Even once we’ve checked our work emails, we’re responding to beeps and alerts on social media, afraid of missing out on something important.

Arguably there aren’t enough role models for a more measured approach to work, where the focus is on getting it done well rather than on time or worse, just to be quicker than a colleague or a competitor. The only time we experience this old-fashioned approach to getting things done is when the wi-fi breaks down or – heaven forbid – our smartphones are drained of battery.

Instead we have high profile executives such as Marissa Mayer, CEO of Yahoo, who famously took just two weeks’ maternity leave and banned employees from working from home because ‘we need to be working side by side’. One academic pointed out at the time that many studies show how working flexibly can be associated with higher productivity, not to mention the cut in commuting time.

So checking our emails in bed is simply a symptom of this drive to be seen to be ever more productive, whether we’re actually producing anything or not. Replying to the Hong Kong office at 6am looks good – but if that reply is badly thought through because of lack of sleep or because it’s being composed between stops on the Northern Line, arguably it might be better to leave it until you reach the office.

Sometimes it pays to turn off the tech for a period and go back to working in ‘mono’ – whether that’s reading reports, going for a walk with a colleague to discuss how a project might pan out, or picking up the phone to actually speak to someone. One thing’s for sure – no-one wants to know you wrote that email under the covers, so turn it off ‘till it’s time for work.

NEXT ARTICLE →
Should workplaces do more to support employee health?