Being seen to be compliant – Part 2 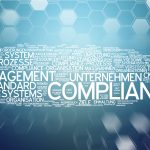 The second part of ‘Being seen to be compliant’ takes a further look at issues that agencies need to be up-to-date with, in light of the government’s recent initiatives to stamp out poor practices.

Julia Kermode, chief executive of the Freelancer and Contractor Services Association (FCSA), reveals what these are and how agencies can avoid falling foul of the new laws.

Minimum wage compliance
While responsibility lies with the agency or umbrella, there are a lot of working practices which have the potential to lead to unintended breaches, such as unpaid meetings before or after a shift, unpaid rest breaks or unpaid security checks, for example. The agency or umbrella might not automatically be aware of such events taking place, so if your worker is earning close to the national minimum wage or national living wage it is important to ask questions of your clients, the end-hirers, to establish what actually takes place during a typical day so that you can be sure to avoid a breach in the agreement. If you don’t, you could face a large bill for wage arrears and penalties which could be up to 200% of the arrears. The reputational damage is also a high price to pay.

Holiday pay
Regarding holiday pay, we already know that significant numbers of people are not receiving the monies they are due. A recent Unpaid Britain report revealed that two million workers have been cheated out of £3bn in holiday pay and the current means of redress is failing workers on an industrial scale. The report highlighted that workers often do not receive what they are owed and that employers can offend repeatedly, whether deliberately or unknowingly if a worker moves on. Sir David Metcalf is on a mission to address this and find effective measures to ensure workers are paid. Despite the EU ruling that rolled up holiday pay is unlawful, Matthew Taylor’s review recommended that contractors should be given the opportunity to be paid in this way. However, this is not suddenly going to become good practice because EU member states must take steps to ensure rolling up holiday pay is discontinued, meaning that the UK government cannot currently consider endorsing this practice. Notwithstanding, it might be revisited in future, particularly if Sir David Metcalf’s strategy considers it a positive mechanism to ensure that contingent workers receive their pay.

Clear terms
Improving clarity and transparency of people’s contractual terms and conditions from day one will undoubtedly help to ensure that people’s rights are respected in the workplace and clamp down on abuse. It is one of Taylor’s recommendations that FCSA fully supports. The government is actively consulting on the detail of this, and a balance will need to be struck between giving clarity to workers without placing significant extra burden on employers, and we believe that such a balance can be struck. The government is also considering taking steps in relation to Matthew Taylor’s recommendations around transparency of pay, so that the rate a worker is quoted is what that worker actually receives. It is a constant issue in our industry and one that cropped up again in a recent Unite case where the union won a case for its member, pipe fitter Russ Blakely, against the employment agency On-Site Recruitment Solutions Limited and payroll company Heritage Solutions City. It served to shine a spotlight once again on the complex issues of employment status.

The case suggested that the payroll company engaged the worker on a self-employed basis. However, the Employment Appeal Tribunal found that Mr Blakely was a worker, not self-employed. The case would never have got to tribunal had a fully compliant umbrella company been engaged, one that employs workers under a contract of employment where umbrellas ensure that the individual is entitled to all 84 statutory rights and benefits of employment, including holiday pay, pension, maternity, paternity pay, and so on. It is yet another example of bad working practice and non-compliancy that we strive to stamp out. Actions of non-compliant firms give us all a bad name, so we welcome any regulation that seeks to ensure a minimum standard is adhered to – that way, we might rid the sector of the cowboys.

The original case also referred to unlawful deductions in wages for employers’ national insurance. In our experience, this is most likely due to miscommunication where the worker has erroneously been told that they will be paid the assignment rate, which is different to their pay rate. All employers must pay employers’ national insurance, and it is illegal to deduct this from a worker’s income. That is one reason why compliant umbrella firms always ensure that their employees understand the difference between the assignment rate and their gross pay. The assignment includes employment costs such as employers’ national insurance, holiday pay, apprenticeship levy, and pensions contributions. Such costs should always be factored into the assignment rate because, as employers, umbrellas are legally obliged to pay them. It is easy to see how this may have been misconstrued, and indeed that is why FCSA-accredited members are required to ensure that all of their umbrella employees understand how their pay is calculated, and the difference between the assignment rate and their pay rate. Transparency of pay is something we wholeheartedly support to prevent future workers being told an incorrect rate.

Some say that this case “blows a hole in the agency payroll model”, which remains to be seen. However, if it does, this could in fact be very positive – if it means that only compliant umbrella firms can operate, which actually employ the workers with all the accompanying rights and benefits, then that would be something to be celebrated.

Good working practices are vital for the benefit of all so that we can face the future with confidence, safe in the knowledge that we are doing everything compliantly. By taking control to be visible and transparent and communicating clearly with each other throughout the supply chain, we will go a long way to getting it right. Ignorance is no defence.

NEXT ARTICLE →
Being seen to be compliant – Part 1