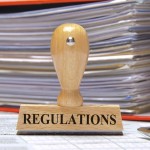 If you recruit contractors, consultants or any other kind of temporary staff for your private sector clients, then you’ll know that there is an ongoing government consultation, the outcome of which could change the way you work.

This consultation concerns the tax reforms of last year, known as IR35, which were created specifically for the public sector and whether they should be extended to the private sector. This might not sound like a big deal, but this change in legislation – if implemented – could cause major upheaval to the contract market, which in turn will have an impact on the recruitment industry.

What is IR35?
If you aren’t familiar with IR35, it’s a legislation that was brought in by the government to tackle the issue of ‘disguised employees’. This is when an organisation hires employees, such as contractors, on a self-employed basis and often through an intermediary. Because these employees are effectively hidden, it can save these organisations a significant amount of money because they don’t have to pay the employee’s NICs or offer them benefits such as holiday pay. This also altered the way these employees were taxed, so whether knowingly or unknowingly they weren’t paying as much tax as they should have been.

This is a problem that was costing the government approximately £430m each year, so understandably they wanted to find a swift solution. When the regulation update came around last year, changes were made to the IR35 legislation in an attempt to turn around these tax losses and to defend contractors from dishonest employers.

The biggest change to come from the newly updated IR35 legislation was the shifting of who decides whether a public sector contractor has IR35 status or not. In previous years, it was down to the contractor to decide themselves, but this responsibility has now been given to the party who pays the contractor, whether it be a client or in some cases, a recruitment agency. This end user now has the final say of whether a contractor is eligible for increased tax and NICs deductions. The government is now said to be applying these same changes to the private sector, despite criticism of their effectiveness from public sector businesses and contractors alike.

What has the impact been so far?

Despite having only been around for a year, these changes have greatly affected the public sector. IR35 has been found to cost public sector contractors up to 30% of their pay, which has left them with little choice but to increase their daily rates. This has meant that organisations are having to pay more to retain their temporary workforce, without seeing an increase to productivity. On the other hand, some businesses can no longer afford to hire as many contractors as they would like due to this increase in rates causing delays, cancelled projects and skills shortages across the sector.

As soon as the changes to IR35 were announced, many contractors vowed to leave the sector altogether after predicting major losses to their income. Recent figures from the Freelancer and Contractor Services Association (FCSA) have found that a third of IT contractors for the NHS have moved into the private sector since the IR35 changes came into effect. This has again caused skills shortages and increased the pressure on key organisations such as hospitals and schools.

As for recruiters, some smaller agencies have reportedly decided to stop sourcing contractors for their public sector clients. Under IR35, recruiters become responsible for deducting tax from their contractors and paying it to HMRC, while also having to contend with the cost of changing their business model in order to be compliant. Not only is this a huge change to adapt to, it’s also a large overhead that some just cannot afford.

This will understandably force many contractors to look elsewhere for work, which in turn will make it harder for companies who rely on being able to easily source a flexible, temporary workforce to function.

Even though there is no way of predicting what outcome IR35 will have on the private sector, it’s possible that the past will repeat itself to some degree. Around 5.5 million private sector businesses are set to be affected by the changes, on top of the 50,000 public sectors already being governed by IR35 legislation. It’s hardly surprising that contractors are concerned about what the future will hold and whether there will be enough opportunities for them to take advantage of.

How will recruiters handle the changes?

One thing is for certain; the pressure will undoubtedly be ramped up for recruiters as they are expected to quickly adapt to the changes.

To make the process of determining IR35 status easier, HMRC launched the online Employment Status Service form, which includes 50 questions that give a legally binding answer once completed. Having to fill this form in for every contractor has added more administrative tasks to the average contract recruiter’s workload. Even though it was pitched as being a means of streamlining the process, the form is inconsistent in its final decision, with 27% of all responses coming back as ‘unknown’.

Not giving HMRC the correct IR35 status of a contractor can land recruitment agencies in hot water, so it’s crucial to tread carefully here. Another issue they will come up against is sourcing skilled contractors for their clients. If the same mass walk-out happens to the private sector as it did the public, it could mean that recruiters will need to get more creative and competitive in sourcing the workforce their clients require.

Angela Dawson is the IT Contracts Director for Concept Resourcing

NEXT ARTICLE →
Being seen to be compliant – Part 2

← PREVIOUS ARTICLE
Building relationships in the tech-led world of recruitment