Whistle-blower reports of NMW underpayment up 134% in a year 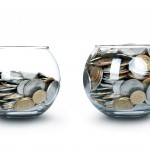 The number of whistle-blower reports over the underpayment of the National Minimum Wage (NMW) received by HMRC has increased 134% in just a year, according to an international law firm.

Pinsent Masons also revealed that the number of investigations opened by HMRC into employers as a result of these reports has increased 43% in a year to 3,975, up from 2,775 in 2016/17.

Underpayment of the NMW could result in employers being fined up to 200% of arrears and, in some cases, criminal prosecution. Through its compliance work, HMRC identified £15.6m in pay owed to more than 200,000 workers last year.

The increase in whistle-blower reports has partly been driven by the introduction of a new online complaint system in 2017, which has made it easier for workers to report employers for potential breaches of NMW laws. The number of online complaints received by HMRC increased ten-fold to 4,161 in 2017/18, up from 437 in 2016/17.

A range of employers have been fined by the Government for underpaying the NMW, including several FTSE100 companies, a S&P500 company, a premiership rugby club and two Championship league football clubs.

Pinsent Masons warns that some employers are getting caught out by complex NMW rules, especially smaller businesses with limited HR resources. Common errors include deducting money from pay for uniforms, paying apprentice rates to full-time workers and failing to properly account for overtime.

However, the law firm says the ease of filing an online complaint means there is a greater chance of HMRC receiving ‘red herrings’ or spurious reports. As a result, this could lead to employers who are compliant with the rules facing costly enquiries and very substantial reputational risk.

Steven Porter, partner at Pinsent Masons, said: “There has been a substantial rise in whistle-blower reports as workers increasingly look to use new tools to take action. HMRC’s new online complaint system has made it significantly easier for workers to report employers, and workers are now increasingly doing HMRC’s policing for them. However, the ease of the new system also means employers are more likely to face ill-founded claims.

“The consequences for employers of underpayment can be very serious. Clearly fines can be problematic, but the fact that the employer could be ‘named and shamed’ could potentially be much more damaging and could even result in a hit to revenues if customers go elsewhere as a result.

“Although it’s clear that the rules are becoming more complex than first envisaged, HMRC will not see this as an excuse – having adequate resources in place to navigate the rules is essential. With the National Minimum Wage having been raised again in April, employers need to be extra careful to ensure no breaches are taking place.”

NEXT ARTICLE →
Graduate talent programmes must be future-proof