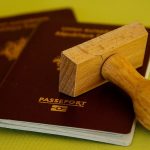 Most EU workers in the UK would be ineligible for a work visa under new Migration Advisory Committee proposals, finds IPPR.

New analysis by IPPR has found that the new recommendations by the Migration Advisory Committee to end low-skilled work from the EU and reform the high-skilled work route would have a major impact on the UK’s labour market. An estimated 75% of EU full-time employees would not be eligible to work in the UK if the rules were applied to them.

The reforms would have a varied impact across different industries. The industries most likely to be negatively affected include hotels and restaurants (where an estimated 97% of EU employees would be ineligible), transport and storage (95%), and wholesale and retail (92%). The least affected industries include financial services (where only 25% of EU employees would be ineligible) and information and communications (30%).

While EU citizens currently in the UK are expected to be protected under the terms of the UK-EU withdrawal agreement, the analysis suggests that the overall impact of the Migration Advisory Committee’s proposals would be dramatic for businesses recruiting migrants from the EU in future.

Although some of their proposals would help to counteract an overly restrictive approach – by, for instance, making medium-skilled jobs eligible for work visas – the high salary thresholds and restraints on low-skilled work would in practice entail a sharp departure from the status quo.

Commenting on the analysis, IPPR Senior Research Fellow Marley Morris said: “The new proposals from the Migration Advisory Committee would have a dramatic impact on the UK’s labour force and on employers. Our analysis suggests that a large majority of migrants from the EU employed in the UK would not meet the criteria proposed by the MAC.

“While of course EU citizens currently in the UK will be protected by the UK-EU withdrawal agreement, the MAC’s recommendations would have significant implications for future EU migrants. Overall, these proposals would see a major shake-up for our immigration system, with sectors such as hospitality, logistics and wholesale feeling the squeeze.

“IPPR would support a different approach to managing migration post-Brexit. Rather than simply cutting off low-skilled EU labour, the government should consider ways to incentivise employers to pay more and train more, by offering advantages in the visa system to responsible businesses.”

NEXT ARTICLE →
1 in 3 graduates fear they are losing out

← PREVIOUS ARTICLE
Contractor wins pay out after victory over HMRC