The changing face of recruitment 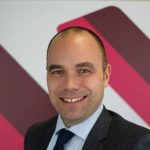 As he celebrates 20 years with Midlands-based recruitment consultancy Macildowie, managing director James Taylor celebrates how technology has transformed the industry – but also looks at why the skills of ‘old school’ recruiters remain as valuable as ever.

Nothing stays still for long in the fast-paced world of recruitment and, as with many professions, that’s largely down to new technologies. In the last two decades, it’s not just my three-piece Miami Vice-style suit that’s changed; many aspects of the profession would be virtually unrecognisable to many starting out on their career today.

The industry was undoubtedly less competitive then as there were fewer agencies. When many were still using index cards and handwritten notes, Macildowie had introduced computers and, back in 1997, one of my first tasks was to transfer five years’ worth of information onto an MS-DOS based package called ‘Recruit’.

Despite taking six months to complete the data entry task, it didn’t put me off a career in recruitment. Although I had originally studied accountancy, I immediately knew it wasn’t for me. I’d always looked up to my father; he’s been a role model to me my whole life and as Head of Sales for a FTSE 250 business I always took an interest in the way he networked and developed business. I have a love for marketing. Recruitment combines the skills of sales, marketing, networking and relationship-building so when I was offered a role in accountancy recruitment, I jumped at the chance.

In those early days, it was all about headhunting, four days a week from 8.30am to 8.30pm with a slightly easier (occasionally boozy) Friday. There were just seven of us at the time, including two admin staff, and we’d start by hitting the phones, often trying to get hold of candidates outside of working hours. I was the consultancy’s first trainee and spent my first years ripping up the rulebook. Why use a script when talking to a candidate on the phone, when a natural conversation brings better results?

More importantly, I knew that a CV was never enough; you need to meet the candidates in person, build a relationship with them and then sell their skills and personality to employers. This, of course, is as important today as it was back then.

The advent of new technology, particularly social media, proved a game-changer for recruitment and I’m proud of the fact that Macildowie was an early adopter. When Friends Reunited came out, I was immediately thinking about how we could use that data. Our existing database was difficult to keep up-to-date, but Friends Reunited, and later Facebook, allowed us to track down candidates quickly and easily.

Facebook was particularly valuable because you could search for someone by job title and if they were bored in their work, chances are they would be on online during office hours. By targeting people in this way, we were able to massively improve our conversion rate and satisfy the needs of our clients with candidates that other agencies didn’t even know about (let alone had registered). LinkedIn also transformed the way we secure talented candidates, although it’s only a matter of time before the next ‘big thing’ comes along.

While social media, particularly LinkedIn, has created a more level playing field, lazy recruiters simply rely on emails instead of speaking to an applicant on the phone. There are few things worse than a blanket email; it’s much better to pick up the phone and start forging a relationship with your candidate. If you can’t do that, why would this person want you to represent them?

When working with SMEs, technology is also no substitute for building strong, personal relationships with your clients. However, at the risk of being controversial, it’s less important when dealing with blue-chip companies.

Yes, they need to trust us, but since many large corporations now use a portal and an ATS (applicant tracking system), all you’d need to do is upload CVs. It’s a case of who submits the document onto the ATS first, not who shines at selling a candidate to the hiring manager. That traditional recruitment ‘partnership’ between candidate, consultant and hiring manager that I enjoyed all those years ago, while not dead, has changed drastically. Is it on the way out? I certainly hope not, and if there’s one thing that 20 years in the industry has taught me – everything is cyclical. With the shortage of quality talent at salaries under £50k, we may just have reached a reverse tipping point.

What sets the old school recruiters (like me) apart from the younger generation is the fact that we were never afraid to speak to someone, nor work ridiculous hours even if it wasn’t healthy. It might be that we now need to embrace more traditional forms of communication to really make an impact, like printed or handwritten covering letters to cut through the social media noise. While I’m not necessarily advocating a return to sending faxes, imagine what impact it would make if you received one instead of an email? It could be a really effective form of retro marketing.

Many young people are now starting out saddled with student debts, living with their parents and doubtful they will ever save enough to be able to afford to buy their own home. They live for nights out, but I always encourage them to define their future goals and work backwards to understand what they need to do to get there. I wanted a Porsche by the time I was 30 – and I knew the only way to achieve this was through sheer grit and hard work.

It’s difficult to predict what the next year will hold, let alone the next 20. Personally, I want to help Macildowie become the best-performing recruitment consultancy not just in the Midlands, but also in the UK. When we’re in competition with other agencies, we fill 35% of vacancies that we take on from our clients (this has been aided by the launch of Macildowie One where we fill 98%), and higher than the national average of 23%, though still a long way from where we’d like to be.

More broadly, recruitment is always a barometer of how the economy is performing, so it’ll be interesting to see what happens post-Brexit.

On a day-to-day level, I think email will be replaced with more informal communications like WhatsApp, and we’ll continue to move away from transactional recruitment towards meaningful experiences. I can easily imagine companies using Tinder-style apps to find employees as well, swiping yes or no depending on whether their skills fit the bill. Or perhaps they will use more video, giving people the chance to ‘meet the line manager’ and then send their CV directly from their phone. While people join a ‘company’, ultimately they work for a manager and many decisions made by our candidates are based on the calibre of the line manager that they will be working for.

Ultimately, the ‘rise and rise’ of the smartphone means that recruiters are now always online and available. I believe that this makes us less rather than more productive, as the job is never ever done. Work-life balance remains important to a long career; being accessible 25 hours a day, 8 days a week is no good unless you have built business relationships founded on trust. I am fortunate to have achieved that and am in the privileged position of being able to call many of my customers ‘friends’. However, relationships were key when I first started out in recruitment over 20 years ago, and I’m sure they’ll be a top priority in the next 20 too.

NEXT ARTICLE →
The Taylor Review recommendations: What happens now?