Recruiting ex-offenders: How agencies can give people a second chance 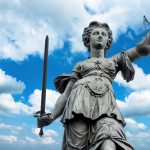 For most businesses, the fundamental concerns relate to their own organisation.

But there is a growing realisation that responsible business involves helping broader communities and society at large, and one way of doing that could be to integrate those who have previously offended back into work. With Brexit reducing the supply of skills in some industries, there could also be a strong business case for firms to look at ex-offenders as a potential solution.

A number of employers, including Virgin Media, Ricoh, Gregg’s, Pret A Manger, the Civil Service and Boots, have already signed up to support the concept, backing initiatives such as Ban the Box, which asks employers to omit questions about previous offences at the application stage, and Fair Chance Recruitment.

Recruiters also have a role to play in challenging clients to be more open to the idea of hiring ex-offenders, believes Tom Hadley, director of policy at the Recruitment & Employment Confederation (REC), which itself has signed up to the Ban the Box initiative. “With Brexit bringing uncertainty and skills shortages increasing, now is the time for employers to think differently about how they hire,” he says. “Recruiters are in a unique position with the power to transform people’s lives, so they need to take steps to ensure their processes are fair and give everyone the chance to succeed.”

There are some examples of agencies which are doing just that. Ian Perkins is founder and managing director of Inside Out Ventures, which works with businesses to help ex-offenders gain practical experience and training while serving sentences, with the aim of gaining sustainable employment on their release. “We have found that if you give someone who has been honest and upfront with you a chance, they repay you with loyalty and respect and a fantastic work ethic,” says Perkins. “Most people who are released from prison never want to go back. They just need a chance to turn their lives around for the better.”

The problem is that many recruiters aren’t willing to take the risk of employing someone with previous convictions, he says. “In my experience, most companies have a policy to work with ex-offenders but use recruitment agencies who do not support employing ex-offenders,” he says. “That then makes it difficult for ex-offenders to move on with their lives. This is a huge problem as it is well documented that making sure ex-offenders have sustainable employment dramatically reduces re-offending, and therefore the strain on society.”

Michelle Raymond is an HR consultant and career transition mentor at The People’s Partner, and works with both prison services and businesses to help ensure ex-offenders are employable on release. She says the attitude of employers varies depending on the crime they have committed, with most very reluctant to take on anyone who has been convicted of fraud, for instance.

She believes the most important thing to help make any initiative a success is for all parties to work together, with recruiters having a pivotal role in creating cohesiveness. “There’s lots that can go on in between; you can talk to the Prison Service about what employability schemes there are, how you can prepare them, and how they can show that the skills they had for crime can be repurposed and used in a better way,” she says. It’s important, though, that employers are not left alone to deal with any issues, she adds, stressing that multiple parties need to stay involved throughout.

There can also be difficult issues for recruiters to think about, and discuss with clients. Legally, employers cannot usually reject someone for a job because they have been convicted of an offence if that conviction or caution is ‘spent’, which itself depends on the crime they have committed (any custodial sentence of more than four years means the conviction is never spent). There are also some sectors, such as education and social work, where it is a legal requirement to request information on unspent convictions, including Disclosure and Barring Service (DBS) checks in some cases.

“The role recruiters play in managing candidates with criminal records is usually dependent upon the client,” says Samantha Hurley, director of operations at APSCo. “Recruitment firms will not normally have a policy to check without a client requesting it. If a client doesn’t ask about convictions, we can assume that this is not relevant for the role.”

Practically, though, recruiters may feel it is up to the individual employer to make a call on any particular candidate. “There are some ethical questions here,” says Hurley. “While the purpose of the criminal justice system is to reform, the truth is that many individuals, on a personal level, would feel uncomfortable working alongside somebody who had been found guilty of murder. At the other end of the spectrum, people have gone to prison for non-payment of their TV licence are less likely to strike fear into potential co-workers.”

Recruiters could also find themselves walking a legal tightrope, says Simon Bloch, partner at JMW Solicitors. While employers can request information about an individual’s criminal history, the Rehabilitation of Offenders Act 1974 limits the extent to which they can base their decisions on such information.

Alongside this, however, are the Conduct of Employment Agencies and Employment Businesses Regulations 2003, which place an obligation on recruiters to ensure that it wouldn’t be detrimental to an end-user client for a candidate to work for the client in the position it seeks to fill.

“In order to give effect to this, the employment agency or employment business should make all necessary enquiries that are reasonable to ensure that it wouldn’t be detrimental to the interests of the worker or a client to proceed with the assignments,” says Bloch. “Subject to the nature of the assignment, such as working with children or vulnerable people, this could include criminal convictions.”

Ultimately, recruitment agencies themselves will have to make a call on whether they are prepared to have conversations with clients about the potential benefits of, and reasons for, taking on ex-offenders, and the extent to which they are prepared to help make that happen. There are undoubtedly risks, but also the prospect of finding loyal employees who are prepared to go the extra mile for an employer that has given them the opportunity to rebuild their life.

“The biggest change that companies or recruitment agencies need to make is to believe that people deserve a second chance,” says Perkins, himself a former offender who has served time in prison. “If we don’t give ex-offenders an opportunity then they think they have no choice but to continue making bad decisions. Ultimately, we all want a safe community and offering employment is the first step to make that happen.”