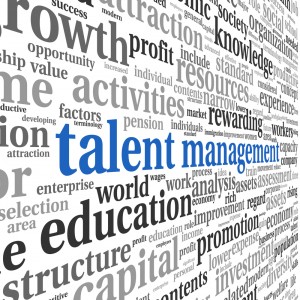 Retaining talented employees is the biggest challenge that UK mid-market businesses are facing, research has revealed.

Over a quarter (26%) of the UK mid-tier firms surveyed by GE Capital rated the challenge of talent retention as “high”. This was followed by “providing competitive wages and benefits”, rated “high” by 22%, and the same proportion highlighted ‘finding talent with the right skill set in the local area’ as a “high” challenge.

Results across the country however were by no means uniform. For example, grooming future leaders of the organisation is presenting a much bigger challenge for firms in the north than it is in the south. On the other hand, northern businesses are finding it significantly easier to attract employees with the right set of skills when compared with businesses elsewhere in the UK.

The Leading from the Middle report surveyed 630 mid-tier UK firms, defined as having an annual turnover of between £15 million and £800 million.

The mid-market comprises less than 2% of UK businesses, yet it created 67,000 jobs in the past year. The average UK mid-market firm grew by 2.3%, compared to 2.4% in Germany, 1.7% in France and 0.2% in Italy. These growth figures represent a reduction on the previous year, but they also highlight the UK mid-market’s relative resilience compared to the other large European economies.

“Despite being responsible for a third of employment in the UK, mid-market firms are too often the unsung heroes of the economy,” said Ilaria del Beato, UK CEO of GE Capital. “Their focus on talent and HR is likely to be one of the reasons for their relative success in recent times; great businesses are made up of great people.”

“As the economy picks up the top three talent challenges look to be a reflection of the increasing competitiveness within the UK economy.”

NEXT ARTICLE →
Interims ‘busier’ than they were a year ago