Interims ‘busier’ than they were a year ago 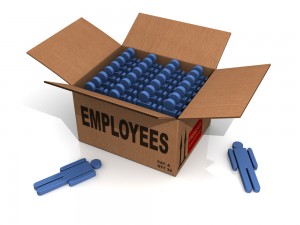 Interim managers are more likely to be on an assignment and feel busier than they did two years ago, figures show.

A 19-point increase in the number of interims who report that they are busy or busier than a year ago has been recorded in Executives Online’s UK Interim Report.

The average number of days billed in the last year by individual interim managers was 152, up from an average of 135 reported in 2011 and 2009.

“What we’re seeing in the interim management sector, with slow but steady improvements in work flow and billing rates, supports the general consensus that confidence is returning to UK businesses,” said James O’Brien, managing director at Executives Online.

Almost two thirds (61%) of UK interim managers surveyed were on assignment at the time of the survey, with 37 per cent of them working in full-time contracts, and 15 per cent on part-time placements.

“Work status figures also show a slow recovery to levels that are beginning to approach those seen before the global economic crisis,” O’Brien added. “The number of interim managers working in full-time assignments has risen to 37 per cent after falling below 30 per cent in 2009 and 2011.

The Interim Report shows that 47 per cent would first contact an interim provider in the event they required an interim manager. This is up from the 25 per cent recorded in 2011.