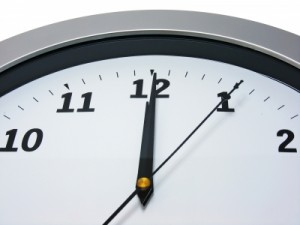 Zero-hours contracts are necessary for the flexibility of the UK’s labour market and an outright ban on them could damage the country’s economic recovery, recruitment bodies have warned.

The comments come in response to Vince Cable’s speech to the Liberal Democrat party conference in Glasgow.

The secretary of state for business, innovation and skills has launched a consultation on the best ways to tackle abusive practices in such contracts, including exclusivity arrangements in which workers are prevented from seeking alternative roles, even when they have no guaranteed hours.

Both the Recruitment and Employment Confederation (REC) and the Association of Professional Staffing Companies (APSCo) pointed to the usefulness of such contracts in the current jobs climate.

“While we welcome any attempt to protect vulnerable workers and support the government’s ambition to better understand the nature of demand in the flexible labour market, we would reiterate that there are occasions where these types of contracts are useful – particularly in the professional education and healthcare sectors,” said Samantha Hurley, head of external relations at APSCo.

“Consequently while a review of these types of contracts in order to tackle any potential abuse is perfectly reasonable, an outright ban would not, we believe, serve the best interests of a flexible professional labour market.”

The REC highlighted that the flexibility in the UK’s flexible labour market is a strength not weakness, and the “envy of the world”. “You only have to look at the eurozone’s unemployment rate of 12.1% compared to our 7.7% to see that we are getting and keeping more people in work than most of our competitors,” said Kevin Green, CEO.

“The last thing that the jobs market needs is more regulation, which adds cost and complexity to employment, creates uncertainty for employers and could slow the pace of economic recovery,” he added.

The Office for National Statistics estimates that 250,000 workers are on zero hour contracts, but the union Unite has released figures suggesting that as many as 5.5million people could be employed in this way.

Last week the Labour Party proposed three measures designed to reduce the risk of employers using the controversial contracts to exploit staff: banning employers for insisting zero-hours staff are available when there is no guaranteed work, ending exclusivity clauses and outlawing their use when employees are working regular hours over a sustained period.

NEXT ARTICLE →
Labour leader wades in on zero-hours contracts