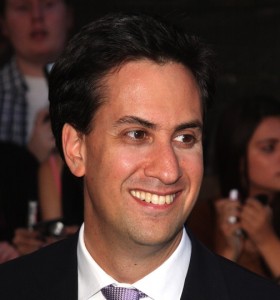 Labour leader Ed Miliband has claimed his party will “end abuse on zero hours contracts” in a speech to the TUC conference this week.

He has proposed three specific measures designed to reduce the risk of employers using the controversial contracts to exploit staff.

Labour would firstly ban employers from insisting zero hours staff are available even when there is no guarantee of work; second, they would end contracts that require zero hours workers to work exclusively for one business. Finally, Miliband is proposing to ban the misuse of contracts where employees are actually working regular hours, over a sustained period, but without the same rights or benefits as full-time workers.

Miliband has also asked former HR director of the supermarket chain Morrisons, Norman Pickavance, to lead an investigation into how the contracts might be used fairly and where they are exploited.

Last weekend, the union Unite released figures suggesting that as many as 5.5m people could be on zero hours contracts.

Miliband told TUC delegates: “Of course, there are some kinds of these contracts which are useful. For locum doctors.  Or supply teachers at schools.  Or sometimes, young people working in bars.  But you and I know that zero hours contracts have been terribly misused. ”

Recruitment industry figures have defended the use of zero-hours contracts for allowing employers greater flexibility to scale up or scale down their workforce. REC chief executive Kevin Green told the BBC: “There is nothing inherently wrong with zero-hours contracts and any suggestion to ban them is nonsensical.”

He added: “The recruitment industry focus is to get people into jobs and the last thing we need is more regulation, which adds cost and complexity, when we already have so much protection for workers. Rather than regulation we would like to see a voluntary code of good practice for zero-hours contracts.”

Samantha Hurley, head of external relations for APSCo, said: “While we accept absolutely that vulnerable and low paid workers should not be exploited, it has to be remembered that a large number of people working on flexible contracts is not necessarily a bad thing in itself and that this type of contract can be a relevant model, providing opportunities to people who may not otherwise get access to work.”

NEXT ARTICLE →
Temp billings rise at strongest rate for 15 years