What trends are likely to affect recruitment in 2016? 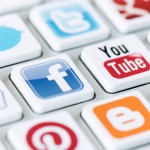 2015 saw the job market become increasingly competitive. The digital skills gap widened, leading to increased pressure on recruiters to hire the right candidates faster, and a greater reliance on recruitment technology infrastructure. Matt Singer offers his predictions on how the job market will develop in 2016.

Advanced technologies will continue to disrupt how work gets done

In 2016, developments in technology, such as the internet of things (IoT), Big Data and mobile, will be increasingly instrumental in defining the job roles of the future. In fact, technology will start to replace some jobs.

In years to come, certain types of work, mostly in the areas of manual labour and other low-skilled roles, will be eliminated as technology and automation become better equipped to take over. However, while technology is a great enabler for human creativity and innovation, it is not a complete replacement. This is great news for educated, creative job seekers who possess the digital skills necessary to work with technology, as they will find themselves in high demand.

Artificial Intelligence (AI) will also impact these “knowledge workers”, but in a different way. In recruitment for example, we can expect to see menial tasks, such as finding CVs or reporting, to become automated, leaving professionals to focus on the core, creative elements of their roles.

A global slowdown in the recovery is on the horizon

In 2016 in the UK and USA, labour markets are likely to see a moderate slowdown in economic growth, relative to last year. Despite this, the labour market for those with university education is unlikely to be affected. However, it is not just immediate fluctuations in the labour market that we need to be aware of, but also the long-term ways in which the market reacts to growth and recession periods.

For instance, it used to be the case that blue collar workers would lose their jobs during a recession and get them back during growth periods. Recently however, the advancement of technology means that these jobs have taken longer to return. Not only that, but they are less stable and far more likely to be automated.

This means that there needs to be a keen focus on making education cheaper and more widely accessible, in order to equip people with the digital skills they need to prosper in an increasingly technology-led market.

Recruiting will mean doing much more for less

HR and recruitment budgets are not expected to increase in 2016, however onboarding levels are. In order to reach set targets, recruiters are expected to invest in channels that come at little or no cost. Employee referrals are the most effective source of top-quality hires. Paired with being cost-effective, it will come at no surprise that the number of referrals are expected to rise in the next twelve months.

It’s cited that over 900 million people worldwide use Facebook every day. Social networks have become an integral part of people’s everyday lives. Despite this, a staggering 60% of UK recruiters are not using social media to source candidates, according to research. However, this is expected to change dramatically in 2016. Nearly one third (33%) of all UK recruiters plan to increase investment in recruiting via social media in the next 12 months.

It’s no wonder investment in alternative recruitment methods are on the rise either. 58% of recruiters say the biggest challenge their company faces in hiring quality talent is the lack of skilled or qualified workers and 40% of UK recruiters expect that competition in hiring will become more fierce in the next 12 months. Social media is the antidote to this concern.

Matt Singer is VP of marketing at Jobvite.

NEXT ARTICLE →
The Living Wage – more questions than answers

← PREVIOUS ARTICLE
The need for greater diversity in the workplace