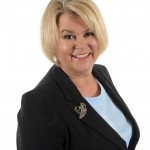 The Curve Group has recently added a series of new recruits to its expanding business.

The company has grown its employee roster by 93% in the last year, almost doubling numbers from 29 to 56.

New to the senior team are Joanna Collis and Kimberley Dudley, both taking the roles of service delivery managers.

Joanna will work in the Contractors recruitment team and has joined from Steria, having worked for many years within their IT contract and permanent recruitment division.

Nick Womack, who has joined from the Direct Line Group, Charlotte Cheung from Big Red Recruitment and Natasha Downes from NTT Communications, have also been appointed as service delivery managers.

There are also two new headhunters in the financial services team: Amanda Jolly (previously of Firecracker Talent) and Lisa Gibson (who used to work for CPM).

In addition, The Curve Group has hired nine new talent executives, four as a result of its new graduate scheme.

Jeanette Ramsden (pictured), co-owner said: “The recent increase in numbers of new team members is great news for everybody here at The Curve Group, as we continue to recruit a range of people for different roles across the business. It is important that all new starters share our Curvy way of doing things, together with our values that make The Curve Group the special place that it is.”