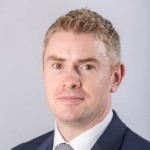 UK-based independent recruiter RSG has opened its first office in Ireland. Irish operations will be overseen by Sanderson Ireland managing director Donal O’Donoghue (pictured), heading up a growing team of Dublin based recruiters.

O’Donoghue, who has worked in recruitment in Ireland for 20 years, said: “It’s an exciting time in Ireland with a steady increase across the jobs market and the Government announcing ambitious targets for 2025 to ensure the country has the highest working population in its history.”

This year, under its Sanderson brand, the organisation opened in Munich and Reading, and its Irish office in Dublin brings its total number of sites to nine, including its HQ in Bristol.

Nick Walrond, RSG director in charge of overseeing the EU expansion programme, said: “Donal is a well-established, intelligent and resourceful recruitment leader who puts understanding strategy and business requirements at the very heart of his approach.

“The team at Sanderson UK is looking forward to achieving great things in Ireland and beyond.”