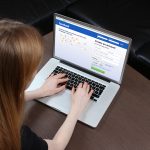 The UK is in the midst of a digital skills crisis; organisations in virtually every sector broadly understand the need to embrace new online channels, but are being held back by the lack of availability of talent.

According to a report by the Commons Science and Technology Committee, the UK needs another 745,000 workers with digital skills by 2017.

The Barclays Digital Development Index, meanwhile, ranks the UK fourth in the list of digitally developed nations, behind Estonia, South Korea and Sweden, but falls to sixth when it comes to the level of individual digital skills, behind some of its main economic rivals, including China, the US and India.

Already this is having an impact on businesses. According to CompTIA’s International Workforce Trends Study in 2015, most UK firms have an IT skills gap of some kind, and 44% believe this is affecting staff productivity. Furthermore, 27% said that it slowed speed to market; and 26% reported a detriment to innovation and new product development.

Richard Cobbold is Manager at Michael Page Digital. He believes the problem is getting worse, partly on the back of new entrants jumping on the digital bandwagon. “The combination of established digitally-evolved businesses and those entering into the market for the first time makes it very challenging,” he says. “The abundance of digital roles is quickly moving away from being so heavily led by consumer brands in areas such as retail, retail finance, leisure, travel or gaming, with an increasing number of B2B brands increasing their resource.”

The problem is compounded by the sheer variety of skills that fall under the ‘digital’ banner, as well as the rapidly changing environment. “Six years ago, ‘digital skills’ would be thought of as IT or software skills, mostly related to developers,” says Khalid Razouki, Senior Consultant in digital, tech and development at Sanderson Recruitment. “Now we are looking at everything from digital strategy or innovation, user experience, user interaction, big data and data analytics, to name a few.”

The proliferation of jobs in the capital are also distorting the market. “The biggest gaps we find in the north are on the paid search side, particularly when it comes to more technical online media such as managing programmatic campaigns,” says Tom Fordham, Director at MET Marketing. “Much of this comes down to a lot of the bigger spenders and the larger media agencies being based in London. Back-end developers are at a premium all over the place.”

Recruiters often find themselves in the firing line, caught between a highly competitive market on the one hand, and ever-demanding clients on the other. In the short-term, the use of contractors could be an option, says Geoff Smith, Managing Director at Experis UK & Ireland, although this comes at a cost.

According to his company’s Tech Cities Job Watch research, the average IT contractor day rate is 9.1% up on last year, at £431. “This trend is only set to rise, with 69% of IT managers becoming increasingly reliant on temp staff to fill roles on a short-term basis,” he warns.

In the longer term, however, recruiters need to work with clients to develop more sustainable solutions. The starting point to any placement needs to be to refine exactly what they are looking for, says Cobbold, particularly as there is often considerable variation between roles with the same or similar job titles.

“We rarely see jobs that simply can’t be filled, but often need to work very closely with our clients to understand exactly what they want and discuss the potential synergies across the digital market place,” he says. “The key is to really understand the requirements and expectations of the role to be able to then engage with candidates with suitable skills, who on many occasions will be doing a slightly different role somewhere else.”

One strategy is to encourage clients to take on candidates who show potential, but may not have all the skills required, with a commitment from both parties to take part in training. “This enables the business to ensure that the candidate they are recruiting is gaining the skills relevant to their business requirements,” says Fordham. “More often than not, this has a knock-on effect with the candidate, who values the investment their new employer is making, and leads to reduced staff turnover.”

Training existing staff could also be an option, for those who have had some experience or shown a desire to work in the digital space. “With such a small pool of talent to choose from, finding people with the best and most relevant skillset is very difficult,” points out Graham Hunter, VP certifications, Europe and Middle East, at certification body CompTIA. “Investing in your own staff has multiple benefits, from ensuring employees gain the skills you need, to encouraging loyalty as you have invested time and effort into them.”

Recruiters may also need to speak to clients about how they can compete for the limited talent that is available. “Salary is still the biggest influencer, especially in getting people through the door in the first place,” says Gordon Kaye, Managing Director of Cathcart Associates. “Once you are face-to-face with a potential employee you can do more to sell the company, but in reality it’s the salary that gets most candidates to make an initial application.”

Other elements are also important, however. Cobbold points to the organisation’s commitment to digital and the degree of ownership that a candidate could expect as something that is highly valued. “Digital candidates, whether they are acquisition, retention, ecommerce or digital change, want to be able to have ownership over their areas and see the impact of what they have been able to achieve,” he says. “They also want reassurance that your business is fully committed at a board and financial level, to the digital change you are hiring them for. Most digital candidates have stories of starting roles to find their budgets cut and their boss reverting to legacy systems and processes.”

Flexible working is also an increasingly important part of any package, says Razouki, particularly with younger workers who tend to make up the bulk of the workforce in the digital space. “They don’t want to spend their life commuting or working away from home, and because they are motivated, intelligent, self-starters and generally really passionate about their jobs, this means they can be trusted to work effectively from a satellite office, at home or anywhere else that’s remote when they need to,” he says.

The reality is that for many organisations the digital shortage is likely to get worse before it improves, at least until the emphasis on coding in schools begins to impact the workplace. In the meantime, the key to a successful place is patience.

“In general most businesses want the right person, not just any person,” says Fordham. “While many at the start of their recruitment campaign would have liked the person yesterday, it soon becomes apparent that they’d rather wait to find the right person. It is not uncommon for roles to be on the market for three or four months, but eventually someone will be found.”

NEXT ARTICLE →
Brexit: What now for the recruitment industry?

← PREVIOUS ARTICLE
Should the gig economy be regulated?