We’ve turned a corner, but what’s around the other side? 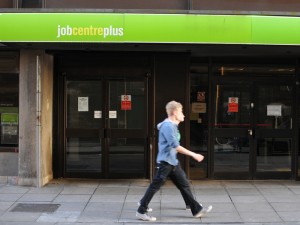 It seems not a week goes by without some encouraging news about the jobs market, but this week seemed to be a particularly noteworthy exception.

The REC was extremely bullish about its latest round of Report on Jobs figures, which noted that temp billings were rising at their strongest rate in 15 years.

Backing this up, official figures from the Office for National Statistics showed that the rate of unemployment continues to fall – from 7.8% to 7.7% – again greeted by positive statements from economists and business bodies alike.

What’s underpinning these positive figures is broader growth in other areas – not just hiring. CIPD chief economist Mark Beatson pointed this out in his analysis of the latest employment figures, saying: “We have also now started to see increasing optimism in more general surveys of business sentiment, such as the purchasing managers’ surveys. This suggests the employment market will remain buoyant in coming months.”

However, the one note of caution being sounded amidst all of the celebration is that companies – despite increased confidence and recruitment budgets – are struggling to find people with exactly the right skills. In the REC’s survey, the availability of permanent staff declined for the fourth consecutive month in August.

The situation seems even starker in the US. On the one hand, there are 3.8 million jobs that are unfilled, yet there are 13 million people still unemployed. More than half (52%) of employers 52% have decided not to hire anyone at all because they couldn’t find anyone suitable.

Recruiters will differentiate themselves in this market through industry knowledge, and the ability to unearth hard-to-find candidates. Niche agencies in areas such as engineering, oil and gas are already honing their investigative recruiting skills, as these areas have been suffering from skills shortages for some time.

They know that allowing consultants time to network with those in their industry – whether via social media or in real life – and rewarding them for building deeper partnerships with candidates as well as clients, is good for business in the long term.

What makes sense is to widen the pool of talent, so it was surprising to read figures from consultancy firm Towers Watson suggesting that more than half of employers did not feel they were making the most of their older staff. Despite it being two years since the abolition of the default retirement age, and even longer since age discrimination legislation was passed, surely employers need to tap into this vital source of knowledge and experience – particularly given the talent shortages they’re having on the recruitment side.

This theme is echoed in this week’s Industry Insider piece, from diversity experts The Clear Company. Kate Headley points out that there is a huge gap between the employability rates of disabled and non-disabled people, and that there is still a great deal of misunderstanding preventing employers from recruiting disabled candidates. Her evidence shows that, where supported, disabled recruits can be some of the best performing additions to an organisation, so why exclude them from the talent pool?

NEXT ARTICLE →
Agency workers and fair pay: is the TUC right to complain?