The 2017 Apprenticeship Levy: What agencies need to know 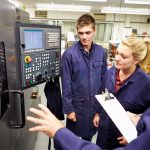 This month, the Government’s long-awaited Apprenticeship Levy comes into force, imposing a 0.5% levy on the pay bills of all businesses with payrolls in excess of £3 million.

It is undoubtedly well intentioned; the idea being that larger employers effectively finance the training of apprentices, either within their own organisation or more widely.

In the recruitment sector, though, the scheme has not been so well received, largely because of the fact it is worked out on payroll, which means agencies supplying temporary workers are treated as if they employ all these people, rather than the end-client.

“It is in effect a tax on the recruitment business model,” says Ann Swain, Chief Executive of The Association of Professional Staffing Companies (APSCo). “The fact that the criteria which defines ‘large’ companies is directly linked to the value of its payroll means that even small and medium-sized recruiters, which manage PAYE for temporary workers, could quickly find themselves contributing to a scheme from which they are unable to gain any benefit.”

The fact that payroll costs make up the majority of many recruiters’ costs means recruiters will face disproportionately higher charges compared to their turnover than most other sectors, says John Randall, Communications Director at the Association of Recruitment Consultancies (ARC). “As 80 to 90% of an agency’s turnover consists of agency worker payroll, the levy contribution will apply to that percentage of total income,” he says. “Contrast that with a regular employer’s payroll where the ratio of payroll to turnover is much less, typically 30%.”

The Recruitment and Employment Confederation (REC) estimates the charge will apply to 15% of recruiters, compared to the 2% of all employers which the Government says will be affected, while The Freelancer and Contractor Services Association (FCSA) points out that businesses will only need to have 100 people – including temps or workers on assignment – earning £30,000 a year to have to pay the levy. “This is a very simple calculation, but it shows how wide the impact will be on many agencies,” says Julia Kermode, Chief Executive. “The levy is another tax on a sector that has had more than its fair share of additional burden in recent years.”

There are a number of possible ramifications of the levy. One is the potential for price increases, says Kate Shoesmith, Head of Policy at REC. “It’s possible agencies will have to up their fees to cover the cost of the levy, especially if they’re not able to make up the amount they’re contributing in training,” she warns.

Randall, meanwhile, suggests it could lead to smaller recruiters choosing not to grow so as to avoid the extra cost, and also warns it could mean some look to change their model. “It could encourage all agencies to promote direct hire, so interfering with agency worker rights, and destabilising agency workers who may prefer an employment relationship with the agency,” he says. “It may also encourage the use of limited companies as vehicles for workers to work through, contrary to stated government policy.”

Agencies working in the public sector which have recently made changes as a result of the IR35 amendments will also be affected, particularly those which have taken on staff who were previously employed through their own limited companies. “Recruiters will want to ensure that these additional people on their payroll do not take them over the Apprenticeship Levy threshold,” says Kermode. “They also need to be aware that the Apprenticeship Levy cannot be paid by the worker, so they will need to factor this cost into their overheads when negotiating assignment rates and their margin.”

Research by FCSA, meanwhile, suggests around 14% of intermediaries will be affected by the levy, with 38% of those who are impacted admitting they have no plans on how they will finance it, and a further 9% saying they will absorb the cost as an overhead.

Randall believes there is a relatively simple solution to the current situation. “It would work better if agencies can legitimately charge the hirer for the levy applicable to agency worker payroll,” he says. “Hirers can then access the agency worker levy funds. Agencies would continue to pay the levy on their regular employee payroll, if they met the threshold, and be entitled to the levy-free allowance as for other employers, so removing the current unfairness.”

So far, though, there has been little indication that the Government is willing to change the model, meaning recruiters’ best option may be to ensure they can at least benefit from the extra costs by investing in their own staff development. “We’re advising our members that the best way to benefit from the levy is to invest in apprenticeships,” says Swain. “This doesn’t necessarily mean bringing onboard school-leavers. Money paid into the scheme, and associated government co-investment, can also be put towards training existing employees to a higher or different level than the qualification they already hold.”

“Organisations affected by this have the option to consider introducing a recruitment consultant apprenticeship,” adds Claire Buckland, Managing Consultant at apprenticeship consultancy Green Clementine. “Alongside this, there are customer service, sales, business administration and accountancy apprenticeships, as well as higher-level management apprenticeships up to degree level.” In the longer term, this could help to professionalise the sector and create clear career paths, she adds.

Yet even here there is an issue, as this would only apply to those who are directly employed by the agency, rather than temporary workers. “We’re calling for the use of Apprenticeship Levy funds to have a wider scope,” says Shoesmith. “Fewer than 5% of all people working on a temporary contract are placed in the same assignment for 12 months or more – the minimum duration for an apprenticeship – meaning those workers will never be allowed to participate in an apprenticeship. If recruitment agencies can use the funds to train their agency workers, as well as apprentices, the system will be fairer to the individuals who receive training as well as our members who offer it.”

For now, it’s a case of making the best of a difficult situation, says Swain. “Apprenticeships, traineeships and graduate schemes enable companies to bring onboard or retain bright individuals, with pre-requisite core-competencies, and upskill them with the expertise and attitude they need to perform, not only to the benefit of their own firm but also to secure the future of our profession,” she says. “If we can’t escape the levy, let’s make it work in our favour.”

NEXT ARTICLE →
All change for 2017: What lies ahead in recruitment?

← PREVIOUS ARTICLE
Can an algorithm replace a recruiter?