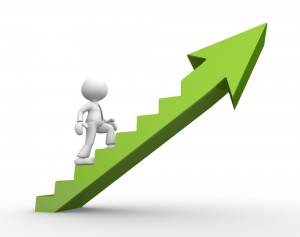 REC chief executive Kevin Green hailed “an extraordinary month for the UK jobs market” in August, with temporary or short-term appointments growing at their fastest rate since July 1998.

According to the latest REC/KPMG Report on Jobs, higher temp billings during August were supported by the sharpest rise in demand for short-term workers since December 2000.

Reflecting this encouraging growth in vacancies and placements was a rise in salaries for both permanent and temporary staff. The rate of pay inflation for permanent staff reached its fastest pace in five and a half years in August, said the REC, while temp rates increased at a slightly lower level.

However, employers struggled to meet their hiring needs in many cases – with the availability of staff to fill permanent vacancies declining in August, for the fourth consecutive month. Over the same period, the availability of short-term workers deteriorated at the sharpest rate in six years.

Commenting on the figures, Green said: “Vacancy growth has hit a six year high and fluidity is returning to the jobs market, so over the coming months we expect to see a noticeable improvement in official employment figures. The major issue now is the worrying lack of candidates to fill the jobs being advertised. In August, the number of vacancies increased at the sharpest rate in over six years but the availability of staff keeps declining.

He added: “This month’s figures should be celebrated and efforts should be focused on addressing the skills gap rather than picking holes in flexible working.”

Bernard Brown, partner and head of business services at KPMG, said: “In the current marketplace, organisations seem increasingly willing to pay more for top talent, with the latest figures showing the rate of starting salaries accelerating to a five-and-a-half year high. Increasing the pounds in candidates’ pockets may sound like good news; it is – but employers must make sure they are paying the right price for the right person and not simply racing to fill a vacancy.”