Should the gig economy be regulated? 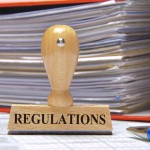 There is nothing new about the gig economy: many blue-collar workers have been working flexibly for decades, but the flexible labour market is growing, especially among professionals who hire out their services as contractors, freelancers and interims.

Yet there are some companies taking advantage of the system, illegally declaring their staff as self-employed to avoid paying tax and NICs, even though as Adrian Marlowe, Chairman of the Associational of Recruitment Consultancies (ARC) has previously pointed out, it is for the worker to declare their self-employed status, rather than the employer.

Uber is one such company, and the landmark court case which won Uber drivers the right to be classed as workers rather than self-employed will have repercussions throughout the flexible labour market.

Indeed, the government is clamping down on such abuses of the system. Holly Cudbill, Associate Solicitor at Coffin Mew Solicitors says recruitment agencies have been ‘watching closely’ the ‘recent flurry’ of news reports concerning the Uber decision, as well as the on-going reports of the mistreatment of workers by organisations such as Sports Direct and Hermes.

So in light of this, should there be more legislation to protect gig economy workers?

The general consensus among industry experts is a resounding ‘no’. APSCo’s stance is that the recruitment industry is already highly regulated, bound by the Conduct of Employment Agencies, Employment Business Regulations, Agency Workers Regulations and on the tax side, IR35 and ITEPA, to name but a few.

“The amount of tax regulation we already have, and new proposals put forward by HMRC to reform IR35 are in danger of seriously damaging the UK’s world-class flexible labour market, otherwise known as the gig economy. We are seriously concerned about any further regulation, which could, in some sectors, force skills abroad,” says Samantha Hurley, Operations Director at APSCo.

Moreover, there is the assumption that gig economy workers are vulnerable and low-paid and therefore need additional protection and rights, but as Dave Chaplin, CEO and Founder of Contractor Calculator insists, this is not always the case.

“The last thing the contracting and freelancing sector needs is more red tape,” he says. “The truth is there are multiple different types of self-employed workers. The recent ruling in the Uber employment tribunal is great news for the UK’s low-paid gig economy workers, but there are workers in other forms of self-employment – contractors, freelancers, interims and consultants – who aren’t low paid and are not vulnerable and don’t want protection.”

Indeed, following the announcement of the House of Commons Select Committee Inquiry – The Future World of Work and Rights of Workers, ARC’s Marlowe, expressed concern that the Government were incorrectly ‘lumping’ agency workers together with ‘gig’ workers. The former group already benefit from well-defined workplace rights, whereas the latter are more open to abuse. Yet like APSCo, ARC do not believe the regulation of the gig economy is the answer.

Instead, Ben Grover, External Policy Adviser to ARC, argues that HMRC should ensure individuals are treated and taxed appropriately, including hirers paying employee’s NICs where necessary.

But many experts, like APSCo’s Hurley and Julia Kermode, Chief Executive of the Freelancer & Contractor Services Association (FCSA), are concerned about HMRC’s policies, which suggest they want to see everyone in an ‘employed model’.

Hurley maintains that HMRC only look at revenue rather than cost, while Kermode believes it’s because PAYE is more straightforward, whereas attempting to legislate for people who don’t fit the model is too much of a minefield.

“The UK’s flexible labour market is unique within Europe and it is one of the reasons that the UK economy outperformed the rest of Europe in recent years,” says Hurley. “In the post-Brexit economy, the flexible labour market will be one of our key differentiators and the government should ensure that it is still capable of working effectively.”

For Steve Girdler, Managing Director (EMEA) at HireRight, the candidate due diligence company, it’s about finding ‘the right balance’ within the myriad of different ways the gig economy is being utilised, whilst setting out ‘unambiguously-defined rules’. Girdler too, is anxious to avoid ‘heavy-footed regulation’.

But Ben Kaminsky, founder of LUCKYLINK, a modern-day recruitment agency, is very much in favour of gig economy regulations. Kaminsky favours so-called ‘smart regulations’, which he says can help give workers financial visibility and protection, while allowing employers the flexibility to hire when and if needed.

“In the ideal scenario, temporary workers getting proven records of successful gigs would accumulate credits for social benefits, social protections and receive more training to develop their skills,” Kaminsky explains. “This would create a virtuous circle based on a meritocratic system where the quality of their work, adding value to the businesses, puts them on the path to secure permanent positions, if desired.”

Indeed, Kaminsky’s smart regulation theory has some resonance in the industry. APSCo, in particular, while calling for deregulation in the professional sector, also says it wants to see overall intelligent regulation which recognises the different sectors within the flexible labour market.

FCSA’s Kermode agrees. “It is clear there needs to be some joined-up thinking before any legislation is developed for the gig economy,” she says. “Care must be taken not to disrupt the entire flexible workforce. The Government should be helping the flexible workforce to thrive, not hamper it by imposing more burdensome legislation.”

Coffin Mew’s Cudbill adds: “With recruitment agencies across the board reporting increases in the number of temporary placements and atypical working, the gig economy is clearly here to stay. However, further clarity is needed to make sure that companies and workers know where they stand. Until that clarity is provided, recruitment agencies should make sure that their advertisements and discussions with candidates make it clear whether the position is for an employee, worker or self-employed contractor.”

NEXT ARTICLE →
Working to bridge the UK’s digital skills gap

← PREVIOUS ARTICLE
All change for 2017: What lies ahead in recruitment?