REC CEO Kevin Green to step down in 2018 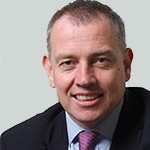 REC chair, Chris Moore, stated: “I regret to announce that Kevin Green will be leaving the Recruitment & Employment Confederation in spring.”

Kevin has been REC chief executive since 2008 and will be leaving his role to pursue a portfolio career of non-executive director roles and consultancy.

Meanwhile, the search for the REC’s next chief executive has already begun.

Chris continued: “Kevin stewarded the REC safely through the financial crisis and led it to major successes with initiatives like the Good Recruitment Campaign and the creation of the Institute of Recruitment Professionals. He leaves the REC in a very strong position for future growth and exciting new developments. We are grateful for his hard work and passionate leadership both on behalf of the REC itself and as a champion for our industry.”

Kevin Green commented on his time at REC: “Being the REC’s chief executive has been a fantastic experience. I’ve enjoyed every day here, it’s truly been a privilege and an honour. However, all great things come to an end and the REC is well positioned with a great leadership team, a committed chair and a clear strategy.

“I will take many happy memories into the next chapter of my career. I am extremely grateful to the enthusiastic and energetic members and staff, and for the encouragement of the four chairs I have served alongside, all of whom have contributed enormously to making this job so enjoyable. The UK recruitment industry is in good health, we are bigger and better than ever before. I wish the REC even more success in the years ahead because what we do matters, jobs really do transform lives.”