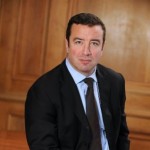 Steve Ingham, chief executive of PageGroup, said: “With 17 years of experience at PageGroup, Pierre has been instrumental in developing our businesses in France. He’s consistently delivered spectacular results, formed great internal and external business relationships, channelled resources into the right markets and led a thriving team of highly motivated and trained consultants.”

Dupil will be moving to Dubai in August to start his new role.