Loading...
You are here:  Home  >  People  >  New recruits and promotions at ReThink

New recruits and promotions at ReThink 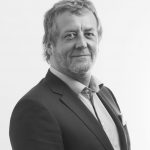 ReThink Recruitment has kicked off the Spring with the appointment of five new recruits as well as announcing nine internal promotions.

The changes are across each of ReThink’s UK offices, as CEO Andy Lord explained: “This year’s all about growing our team and we are really on the hunt for like-minded, enthusiastic individuals who want to come and be a part of our culture.

“We’ve got jobs ready to be filled all over the UK and I am delighted we’ve started 2017 so positively with these announcements.”

The ReThink Birmingham office, which has just celebrated 10 years of trading in the city, has welcomed four new recruits, with James Chandler, Penny Dyer, James Gamble and David McCreadie all joining the team.

Meanwhile in the South West, Josh Winterson brings the Bristol office of ReThink Recruitment to 19 consultants, whilst in Manchester Sigourney Davies joins the business as a senior resourcer and Shirin Farsi has taken on a permanent cyber security role.

In addition to the new recruits, nine promotions have also been announced across the business. Andy continued: “Investing in, nurturing and growing our people is key for us. We’ve allocated a £150k training fund this year to help keep our people at the top of their game, this means we can continue to announce promotions and celebrate the successes of our people.”

Finally in Bristol, Chris Walker – a key member of ReThink’s healthcare recruitment team – has been promoted to Head of Practice.