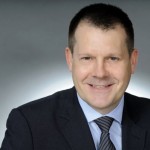 White joined Michael Page in 1998 as a consultant in Birmingham, UK and was promoted to manager for Michael Page marketing in 2001.

After relocating to Leeds in 2005, he was responsible for both Michael Page marketing and sales and became managing director in 2010.

In March 2013, White relocated to Canada to head up offices in Montreal and Toronto and recently launched a specialist oil and gas office in Calgary.

Richard Vickers, regional managing director for Michael Page US and Canada, said: “Steve’s appointment as senior managing director is the result of a spectacularly consistent and strong performance over many years.

“He has demonstrated a commitment to developing his business in the UK and Canada and we are extremely pleased he’ll be leading and growing our teams in Chicago and Boston.”