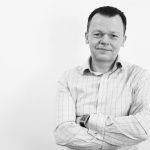 The Recruitment & Employment Confederation (REC) has announced that David Vallance, director of finance at the REC, will be acting CEO for any interim period before a new chief executive starts.

He will take over from Kevin Green who steps down as chief executive on 15 March, to pursue a portfolio career of non-executive director roles and consultancy.

As part of this, David has been invited by the board to act as the chair of the Good Recruitment Campaign – a newly created role, which he will take on for 12 months. In this function he will also be chairing the REC’s Talent, Recruitment and Employment Conference on 4 July.

REC chair Chris Moore said: “The REC will be in absolutely capable hands with David Vallance, who joined the REC in 2001 and has been the organisation’s director of finance and part of the senior leadership team since 2004. Together with him, the SLT is formed of nine highly-experienced leaders who will ensure that the REC continues to deliver quality products and services for our membership.

“Over the next few months our members can look forward to our ongoing workshops around GDPR, our white papers and follow-up events for the Future of jobs commission, new research on Brexit, a number of Scale Up live events and the IRP Awards in November.

“The search for the REC’s next chief executive is moving forward and the response so far has been fantastic. This clearly shows what a great reputation the REC has and how well-respected we have become over the years. Kevin Green played a major role in this and the board was therefore very keen to keep the connection with him. We have invited Kevin to take on the role as the chair of the Good Recruitment Campaign, as he has already invested so much of his time and effort into the success of the project. And with his support we can ensure the momentum continues for this important initiative.”