Contractor wins pay out after victory over HMRC 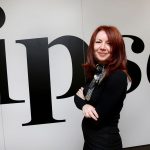 A contractor engaged in a battle over IR35 with HMRC has successfully claimed thousands of pounds in a landmark court victory.

Contractor Susan Winchester brought her case to court when her employment status had been unliterally changed by the government agency from ‘self-employed’ to ‘worker’, but then did not receive adequate holiday pay.

The landmark action, which was funded and backed by the Association of Independent Professionals and the Self-Employed (IPSE), is a blow to the government’s controversial IR35 policy and challenges the 2017 changes to off-payroll rules in the public sector.

The case also exposes the questionable practice of contractors being deemed ‘employed for tax purposes’, then being denied worker rights and entitlements.

Earlier this year, marketing and business development consultant, Susan Winchester, launched a claim in the Central London Employment Tribunal against HMRC, the agency Kinect Recruitment Ltd and three other parties in the contractual chain. The claim was for £4,200 in unpaid holiday pay under the Agency Workers Regulations.

With the changes to the off-payroll rules in the public sector about to come into force, HMRC ran the engagement through the controversial Check Employment Status for Tax (CEST) tool and determined that IR35 applied. HMRC then required Ms Winchester to go onto an agency payroll, a decision that could not be challenged.

Ms Winchester claimed that as she was then effectively an agency worker under the regulations, she was therefore entitled to a clear, transparent amount of holiday pay and to the same holiday entitlement as employees of HMRC.

On the morning that the tribunal was due to start, the parties agreed to settle the case for the full amount being claimed.

Chris Bryce, IPSE CEO, said: “When HMRC forced Susan onto an agency payroll, with no opportunity to appeal, they thought they could wash their hands clean of any repercussions. Susan’s case sends a very clear message to clients, that if you are going to treat contractors like workers, then you’ve got to give them worker entitlements.

“You can’t just decide someone is inside IR35, shunt them onto an agency payroll and expect someone further down the line to pick up the tab for your obligations like holiday pay. If HMRC don’t understand their obligations under a system they’ve created, how can they expect businesses to get it right?”

← PREVIOUS ARTICLE
1.8m surge in applications for first half of September