Brexit: What now for the recruitment industry? 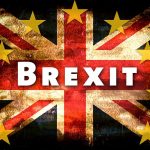 New Prime Minister Theresa May might proclaim that “Brexit means Brexit”, but for those running businesses or hiring staff in the UK, a constant barrage of mixed messages means few know what to expect.

In the last month alone, we’ve had conflicting reports on the impact of the Leave vote on jobs: job board Reed.co.uk said that in the eight weeks following 23 June, there were 400,000 new jobs posted on its website – 30,000 higher than the same period in 2015 and an increase of 8%. A study by the Chartered Institute of Personnel and Development (CIPD) and Adecco, meanwhile, suggested the proportion of employers expecting to increase their staffing numbers over the next three months had gone down to 36%, down from 40% before the vote. And the Association of Graduate Recruiters said its members had definitely felt the impact; the number of graduate jobs on offer shrunk by nearly 8% this year as employers reacted to Brexit and shifted their focus to apprenticeships.

Most recently, the Report on Jobs from the Recruitment and Employment Confederation said that permanent placements enjoyed a resurgence in August – increasing for the first time in three months – after employers decided to go ahead with roles they’d put on hold in the immediate aftermath of the Brexit vote. Reacting to this, REC Chief Executive Kevin Green said: “It is still too early to make conclusions about what impact the vote to leave the EU will have on the jobs market. The priority now is to shore up business confidence. Much of this depends on progress the government can make in its difficult task of ensuring that UK businesses have the ability to trade with their neighbours in the EU.”

It is still unclear how immigration policies might look once we have completed the exit process from the EU, but many recruiters fear that restrictions on EU staff working in the UK and vice versa could have an adverse impact on their clients’ ability to grow. “The biggest challenge will be around freedom of movement,” says Sophie Adelman, Head of EMEA Sales at Hired, an online recruitment service for tech specialists. “London’s tech scene thrives on its ability to attract global talent so it is understandable that there are many questions around this.”

For many, the EU offers access to a pool of talent in a sector where they struggle to find enough suitable recruits on home turf. “As the owner of a small business, the outcome will have a very real impact on my business and on the industry I recruit for,” says Sinead Hasson, Director of Hasson Associates, which recruits for the market research industry. “It’s an industry reliant on the knowledge and experience of people not just here in the UK, but across the whole of Europe. Our clients are international and our candidates come from all corners of Europe; those candidates make a valuable contribution to the research industry and I can’t imagine a research agency without representation from those countries.”

She adds: “I hope that in our new future independent from Europe that we are able to continue to recruit across the EU member states, we need to continue to draw on that experience, to tap into a large talent pool, to recruit the best and the brightest within our industry and to look outward not inward.”

In certain sectors, such as financial services, the decision to leave is already impacting candidates’ views about working in the UK. Eleanore Sykes, Principal Recruitment Consultant at MERJE, which specialises in the financial services sector, says: “Since the referendum, we have already seen that prospective candidates from within the EU are reticent about moving to the UK, and we’ve even seen one candidate pulling out in the middle of the recruitment process.

“We will have to wait until there is a decision on the rights of EU citizens to work in the UK but in the meantime, it will make recruitment even harder, especially in the niche financial services sector.”

One section of the recruitment industry that has benefitted from the uncertainty surrounding Brexit is the contractor market, however. “It might not feel like it at the moment, but there has been one positive to come out of Brexit – our already booming UK contractor market is likely to profit,” says Richard Prime, co-CEO of recruitment finance and technology provider Sonovate. “Whilst UK regulation is mostly accommodating to contractors, Brexit could allow the government to rethink and redress unpopular EU legislation such as the Agency Workers Regulations.”

He adds: “Uncertainty about the future will encourage many companies to rely more on contract and interim staff. Our data showed that, pre-Brexit, the demand for contractors in London was already at a record high, especially for senior-level placements. A further increase in demand will be of huge benefit to recruitment companies that can provide continued access to the best contractors – especially if the flow of skilled workers from Europe starts to slow down.”

Until the exit strategy is firmed up by the government, and employers have more certainty over who will have a right to work in the UK, the best strategy for now is to support your business network by keeping your ears to the ground and sharing what you know. Its guidance on surviving the Brexit change says to “position yourself as an expert with your clients and candidates”, and this might include publishing a list of FAQs for candidates on your website, or skilling-up consultants to mitigate clients’ concerns. It also advises agencies to be positive about growth opportunities, taking chances where possible to train up consultants with any relevant qualifications, so they can react quickly to new developments or market openings.

With so much conflicting information and no roadmap, it’s impossible at the moment to say what the jobs market will look like in a year’s time, let alone two or three. But the recruitment business has weathered many storms – hopefully it will emerge from this one without too many battle scars.