Agency workers and fair pay: is the TUC right to complain? 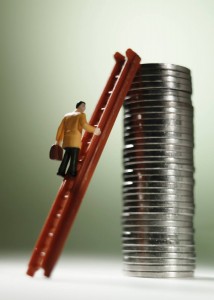 Amid the continuing furore around zero-hours contracts, trade union umbrella body the TUC added fuel to the fire this week, claiming that agency workers had been treated unfairly since the introduction of the Agency Workers Directive two years ago.

According to the TUC, agency workers who have been with a company more than 12 weeks should be entitled to the same pay as permanent staff, but many companies are using an exemption in the regulations (known as the Swedish derogation) where they are not obliged to grant these workers the same rights, providing they are employed directly by an agency and get paid for at least four weeks between assignments.

The TUC will take its complaint to the European Commission, but recruitment industry bodies have described the move as both surprising and misleading, and point out that many temporary workers are actually better off under the new Agency Workers regulations than they were before. Not forgetting, either, that the TUC and other unions were part of the negotiations that helped to build the regulations in the first place, so it seems strange that they would oppose them now.

It’s also worth noting that the TUC’s claims come amid a wider campaign by the union body to improve pay for all workers – not just those signed up to agencies. This week it released research suggesting that, in the last five years, average pay has fallen by 6.3% in real terms, the equivalent of more than £30 a week. Focusing on the broader issue of employers offering a fairer wage full stop – not just whether they exploit an apparent loophole in the legislation – might be a better use of its energies.

One area where having flexibility to hire temporary or agency workers will help spur growth is in manufacturing. So it was encouraging to see figures from industry body EEF and accountancy firm BDO suggesting that a peak in output from manufacturing firms will inspire an increase in hiring. Interestingly, smaller companies seem to be underpinning this growth, so agencies may find themselves having to adapt their approach to help these employers find specific skills in tight time frames.

On a different note, any recruiters thinking about moving around their weekly interview schedule might want to take a look at some research from Douglas Scott Legal Recruitment. The company has discovered that Wednesday lunchtime could be the best time of the week to have a job interview – so get your golden candidate booked in.

According to its survey, 36% of successful candidates had interviewed on a Wednesday, compared to 30% on a Friday, 18% on a Tuesday, and only 9% and 7% on a Thursday and Monday respectively. Lunchtime seemed to be the best time-slot – perhaps candidates were demonstrating their ‘hunger’ for the role?

NEXT ARTICLE →
Confidence and collaboration on the up

← PREVIOUS ARTICLE
We’ve turned a corner, but what’s around the other side?