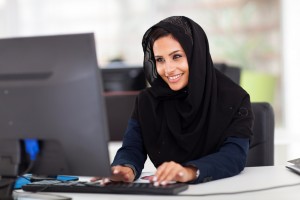 The number of women entering the IT industry is falling, despite a host of initiatives aimed at improving the gender ratio in this sector.

According to research by specialist job board Technojobs, female graduates are put off studying computer science because of a ‘geeky’, male perception of IT. They also feel there is a lack of role models for women to encourage them to pursue a career in technology – in the Fortune 500 list of successful companies, for example, only two of the female CEOs of technology companies have computer science degrees.

Figures from the Higher Education Statistics Agency back up Technojobs’ research, showing a decline in the proportionate number of women applying to undergraduate Computer Science degrees. In 2004, women made up 19% of all UK students in IT and technology related degree subjects, but by 2009, the most recent year available, that figure had fallen to 16%.

Helen Bayram, marketing manager at Technojobs said: “There has been a continued effort to create a balance between the genders in the boardrooms of the world’s largest companies; however, this seems to have overshadowed the importance of promoting the need for women to firstly tackle the male stereotypes that exist further down the ladder.”

“Although it is hugely positive for women to see the number of female CEOs increasing, it is vital for us as a country to be promoting IT and technical subjects to women to encourage them to get involved in the industry at the start of their careers. This starts in the education system. The way computer science and IT is taught and positioned in school and through school careers services is fundamental to inspire young intelligent female students.”

← PREVIOUS ARTICLE
Only a sixth of freelancers use umbrella companies