What to do about pre-Brexit wobbles? 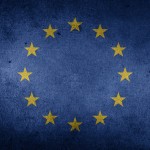 With the polls edging ever closer by the day, it’s hardly surprising that multinational companies in London are wary about bringing new senior executives into the UK from outside the EU.

According to global search company DHR International, there has been a huge drop in the number of highly-skilled worker visas applied for by US nationals in the first quarter of this year, suggesting that perhaps multinationals are moving senior staff around to other European offices in cities such as Frankfurt, Paris or Brussels. Concerns about what a Brexit might hold and the amount of bureaucracy this could create is understandably making them nervous.

Their concerns centre around very practical issues such as whether there will be a new points system for skilled migrants if we leave, whether the Government will get tougher on visa requirements or people’s right to work in the UK, even whether workers can move around between multinational offices without having to complete a mountain of paperwork. But there are also more strategic worries – about how London and other major cities might be perceived by high quality candidates, about how Britain outside the EU might affect their organisational structure, and whether it will continue to be the best place to have a base for a multinational business.

The executives themselves are also reported to be nervous about moving to the UK with such uncertainty hanging over our membership of the EU, and the lack of clarity over what would happen if there is a Leave vote on 23 June. While this does present an opportunity to develop UK-based staff, there is a chance that – should this uncertainty continue – this will hamper our ability to bring the most talented leaders into the UK.

For a long time, a stint in London has been sought after for global executives looking to improve their marketability, but we run the risk of the UK economy becoming much less attractive while the situation remains unresolved. Either outcome on voting day will mean a period of shakiness, so it’s up to employers to put measures in place to minimise any pain involved in hiring, and taking those stumbling blocks away where possible.

← PREVIOUS ARTICLE
Relocation: Helping to settle your new staff in is the best start