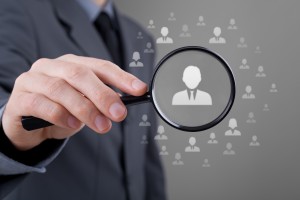 Imagine heading the recruitment function in an organisation that requires 9,500 new hires every year.

Keeping on top of this is a tall order however you look at it. But now imagine knowing that the reason for this is because 7,500 of those (mostly minimum wage) staff will leave every year.

As the recruitment head this applies to (who wishes to remain anonymous), confesses, it’s not as if he can change much about the jobs being advertised either: “If we increased our wages to boost retention just £1 per hour for everyone would see our wage bill rise by £15 million a year.”

Much as he says he dislikes the situation, this recruiter confesses it’s actually cheaper to hire these vast numbers each year. And it’s for exactly these and other ongoing, high-volume, high-turnover recruitment requirements that has seen the rapid rise of recruitment process outsourcing (RPO), a form of business process outsoucing that typically involves single or small number of external suppliers to satisfy a client’s total recruitment needs.

RPO solutions promise savings of upwards of 70% compared to using lots of smaller agencies (with a typical 50% reduction in cost per hire), as well as offering clients scalability at low marginal cost of hire.

Despite worldwide growth in the sector slowing to 12% per annum in 2012 (low by its standards), the increasingly optimistic economic outlook means the global £3.2 billion the RPO industry is predicted to return to strength once again. That’s the good news, but will the jobs boom simply see the RPO market restarting from where it left, or are there other trends afoot suppliers ought to be aware of?

“One thing is certainly clear”, says Kate Harper, research consultant and author of Capita’s just-published whitepaper, Putting innovation at the heart of RPO. “While latest data shows that there has been growth, many larger RPO providers have not actually increased their market share.” She adds: “Research group Everest suggests this is down to suppliers; failure to provide fuller, end-to-end solutions that are able to deal with emerging business needs.”

While a paper entitled RPO, Outsourcing Recruitment is Not Evil, by the Aberdeen Group in 2011 found that 77% of buyers of RPO services would recommend it to their peers, Harper says service will be critical in the upturn. She says: “While the RPO industry has largely established itself as a cost-cutting solution to firms, its future challenge is to work on proving to clients that it is more than just this, that it actually ‘adds’ value too.”

This isn’t so simple though. According to some, there are problems from both the client and RPO providers, which often means the theoretical partnership that is supposed to happen doesn’t quite turn come to fruition.

“There’s a general industry-wide issue of RPO consultants getting caught up with the sales process, which means there is often the temptation to over-promise providing value, but at a transactional price,” observes David Mason, global chief operating officer, resourcing, Royal Bank of Scotland.

At the same time, he and others accept that clients too can often be overly cost-focused, and seek to drive down costs to a point where value cannot be added for the budget they want to spend.

As one delegate, to a special Capita roundtable discussing the issue this month admitted: “Are our own cost models actually driving the wrong behaviours in RPO providers; to perform at the lowest value-add?”

If they are, what both clients and RPO providers agree on is that the continued presence of procurement in the contract-setting process is proving obtrusive. “As soon as procurement gets involved it simply becomes a cost war,” said one delegate. “They don’t see that we’re trying to change the culture of the business, or stop attrition, or do a whole host of other things. I need a quality recruitment service, but RPO is often not looked at in this strategic way.”

Some suppliers withhold up to 15% of their fees on service and performance metrics, and according to experts, if the market is to create confidence amongst recruiters, providers have to become more service-driven, and more strategic to clients needs. At some, like at Vodafone, RPO providers ‘go native’, working on-site, but often, a criticism of this is that they do not adopt the culture of the client they work with, and see themselves as outside suppliers still.

“Going forward there is definitely a question of compatibility to work on – from both sides,” says Harper. She adds: “Who do on-site teams’ really think is their ultimate employer? What worries me is that if it’s not, innovation is curtailed. Terms and conditions can sometimes be so pinned down, that there isn’t the scope – or resource – to let providers do anything new.”

Niki Gillies, director of recruitment, Warner Bros, sums up what many think the RPO model needs: “Successful relationships that work must be at the heart of the matter,” she says. “We’re a diverse organisation, and our RPO partners could be recruiting everyone from a forklift trick driver at our Leavesden studios to a finance director. That means having clear objectives, and being able to work together as proper partners.”

Or as one recruiter at the Capita event more poetically put it: “RPO needs to stop playing at being the waiter – the person who simple says yes, and takes the customers’ order. Instead it needs to act more like the maître d’ – the person who says ‘yes, I see you’ve taken that, but why not try this instead, you may like it better.’”

← PREVIOUS ARTICLE
How will recruiters use technology in the future?