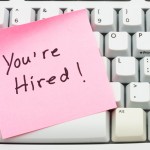 David Davis arguably has the first of many, according to one agency’s prediction of a post-referendum boom in ‘Chief Brexit Officer’ posts attracting six-figure salaries. The Brexit Minister has clearly set a trend in Government that the private sector intends to follow.

But while this prediction might have seemed outlandish a few months ago, before the vote itself, the idea of having someone in charge of an organisation’s strategy as we exit the EU now seems eminently sensible.

The only certainty created by the ‘out’ vote on 23 June was that no-one really had a plan, and this became evident with the side effects felt in the monetary markets, housing transactions and deals that were stalled while everyone paused to see what would happen next.

And while many agencies will see a reluctance to hire on a grand scale for the coming months, many are looking to create a steady platform from which to operate in the new, post-Brexit world. Search, the agency that made the predictions, itself had its most successful week of 2016 the week after the referendum.

Companies with operations in EU markets, or with lots of talent coming in from EU countries, now need to have a firm strategy for how they will operate if, for example, rules on migration change drastically, or trade negotiations fail to run smoothly in the long term. Having project planners and the like in place to help them do that will help them feel on a firmer footing, and better able to deal with any more surprises around the corner.

Even the Government itself faces a recruitment challenge – having not had to enter trade negotiations for 40 years because we’ve been part of the single market, the civil service now needs to attract and/or train up hundreds of talented negotiators. There has even been discussion of bringing some of our ex-diplomats out of retirement to share their skills with a new generation.

As Search points out, this role will play well to the strengths of those in HR and finance, and it’s undoubtedly an opportunity for recruiters to show their mettle, too. Steering companies into this new era will mean finding unique skills – so building a relationship with clients to define and source those skills should be high on agencies’ agendas.

NEXT ARTICLE →
Waging the war for IT security talent

← PREVIOUS ARTICLE
Is summer the season of discontent?