Tackling gender equality and sexism in the workplace 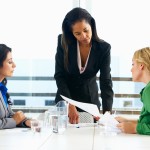 The announcement in July of the BBC’s top earners once again threw the question of gender equality in the workplace under the spotlight.

While it’s always a hot topic, the staggering pay gap between the wages of top-earning male, Chris Evans, and top-earning female, Claudia Winkleman, was met with outrage and criticism. Not only that, but the gap between Winkleman’s wage and those of several other top-earning males was also significant, further fanning the flames of indignation.

The BBC is usually seen as a bastion of diversity and political correctness, so it was all the more shocking that such a gap existed in an organisation famed for its progressive approach. This left many onlookers wondering; if this is the situation at the BBC, then what is the gender pay gap in more opaque workplaces, which don’t operate under the glare of public scrutiny?

Sexism is a serious issue, and one that pervades many workplaces. A recent survey by recruitment site, Glassdoor, revealed a quarter of the UK’s female workforce have been the victim of sexism or sexist behaviour. And while women are predominately the victims, they certainly aren’t alone in this. It’s important to note that it’s also an issue that impacts men, with a range of behaviours, from unwanted advances, sexist jokes and rude comments, right through to unequal pay and lack of promotions.

Sexism is any type of discrimination based on one’s gender and there are laws in place to prevent this. But while there are laws that protect employees from such behaviour, companies should also have their own policies in place to deal with sexism-related issues. How efficiently and how seriously these issues are managed and dealt with comes down to the culture and effectiveness of the management structure within an organisation.

There is a clear need for a more widespread workplace culture that sees sexist behaviour as taboo. The same survey revealed some worrying statistics that underpin this. Out of the 2,000 people polled, 25% of women and over 6% of men said they had been the victim of sexism or sexist behaviour at work.

In addition, nearly 27% of women and over 20% of men admitted they had been aware of such behaviour towards others. This raises the question as to how many of those people spoke up, although the stats are not promising. When asked, only 36% of women and 39% of men felt a complaint to their HR representative would be dealt with satisfactorily.

A Trades Union Congress (TUC) survey compiled in August 2016, in collaboration with the Everyday Sexism Project, revealed that in 88% of sexual harassment cases the perpetrator was male, while one in five women admitted it was their line manager or someone with direct authority over them – a particularly disconcerting statistic.

For any business or organisation to deal with sexism and gender inequality effectively, culture is key. Creating a working environment that engenders trust and respect requires an approach that permeates throughout the business.

Managers need to lead by example if the right behaviour is to become ingrained as an overriding culture. Ensuring each employee knows and feels valued for both the individual role they play within a business and their role as part of the wider team, starts first and foremost with their manager. Creating a culture whereby value is based on merit – and not gender – filters down throughout an organisation with managers facilitating this flow.

The TUC survey also found that around four out of five women (79%) who experienced sexual harassment at work did not tell their employer about what was happening. Some thought it would impact negatively on their relationships at work (28%) or on their career prospects (15%), while others were too embarrassed to talk about it (20%) or felt they would not be believed or taken seriously (24%).

Therefore, a level of trust and respect is also required if your employees are to feel comfortable confiding in you and be assured that you will, and can, handle the issue properly and effectively. It is important that managers are trained and well-equipped to manage these situations.

NEXT ARTICLE →
GDPR: What recruiters need to know for May 2018