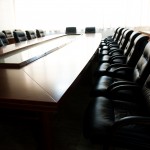 Emerging staff shortages stand to dent businesses’ potential for growth as job vacancies rise, according to figures released this week.

This week’s labour market statistics published by the Office for National Statistics (ONS) show a record number of available vacancies – 833,000 for June to August 2018 – 44,000 more than the previous year and the highest since comparable records began in 2001.

Latest estimates show that average weekly earnings for employees in Great Britain in real terms (e.g. adjusted for price inflation) increased by 0.5% excluding bonuses, and by 0.2% including bonuses, compared with a year earlier.

“With employment at record levels, emerging staff shortages have the potential to dent businesses’ potential for growth and expansion. Recruitment businesses are uniquely placed to help ease the pressures that they are facing.

“To ease the burden of candidate shortages on businesses, Government should prioritise reforming the apprenticeship levy to make it an effective skills policy rather than a tax, and deliver a post-Brexit immigration deal that allows people to come from the EU and make a contribution to the UK economy. Employers need clarity that this will be written into the Brexit deal in order to plan future investment and growth.”

NEXT ARTICLE →
Government’s double blow for the self-employed